Young Ghanaian defender Mohammed Salisu’s move to Real Valladolid in Spain has become the talk of town following his stellar impact at the defense of the Spanish team which is catching the attention of some clubs in Europe.

However, pending issues surrounding his switch from Ghana to Europe could be of a hard short to his career if they are not quickly dealt with. 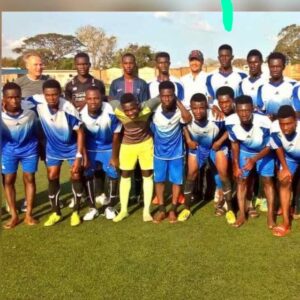 The 21 year old defender was carried out based on unlawful actions that was plotted by one team manager called Mr. Nuhu Mustapha (Mr. Prince).

“Administration work is very hard in Ghana. At Creative Soccer Academy, we registered the player for the 2016/17 season and even secured the player Italian Club invitations twice which he was denied Visa after his interview with his mom” Nuhu told Asawase.com

After numerous of research, it happened that Salisu Mohammed was a player who has registered for a club in Ghana called Creative Soccer Academy which was managed by Mr. Mustapha. 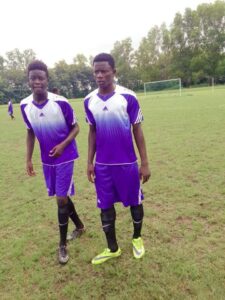 “Honestly the player came to Kumasi to tell his family about the African Talent deal. And I was at that time manger of newly formed African Talent. I took the management of the team to his parents to try convinced the play for their Academy because he is a brilliant player. It’s sad we have to they have to take him that way. We did signed him even though we couldn’t succeed in the negotiation Creative Soccer Academy” he said.

Asawase.com managed to interview a vital source who was the reason for Salisu Mohammed’s transfer to Creative Soccer Academy after his ineligibility to secure promotion to the Senior team of WAFA in 2016.

“Mohammad Salisu is way my friend. It’s pains to talk about him honestly. I was the one who took him to Creative Soccer Academy. It was funny though. I’m a scout and He (Salisu) is my friend too so when I saw him back from WAFA, I told him to relax something better will come on his way insha Allah. I then called my boss in the US who had an academy in Nsawan to talk to him about Mohammed Salisu. He quickly let him go to the academy. I wasn’t expecting him to answer immediately but he did that because he said I knw a good player if I see one and he was my friend too. All we wanted to do is to give the younger generation the opportunity to play the game they love and choose as their career” he said.

“The last time we talked was when he was at Camp with Creative Soccer Academy. I think a week before he went for his floating, we talked. I called a day before he went for the float but he didn’t pick. Not that I knew he was going for a float at the GFA, I just called to know how he was doing but he didn’t pick I don’t know if he thought I was going to convinced him to stop or something but probably that was the last time we spoke. It’s been three years but I took it as normal, nothing in life last forever” he continue.

Mohammad Salisu is currently being chased by a Premier League team Southampton, which is ready to activate his 12.5 million Euro in his Real Valladolid contract.

Currently, Creative Soccer Academy has filed legal suit which could go deep down to be a deterrent for Mohammed Salisu career if the issues are resolved soon.

The 21 year old defender status is now shaky due to the manner he was bagged out of the country.

Ghana’s new boxer Wasiru to move up in WBO

Ghana’s new kid on the world boxing block, Wasiru Mohammed is expected to move up in the WBO and other bodies as he plans to become a world champion. According to the technical advisor of Team Wasiru Mohammed aka Gyatabi the boxer will move near the title very soon. Mr. Yoofi Boham, an expert in […]

Do You Know “Adidas” Is An Acronym. See The Full Meaning. You Will Be Amazed

What Does Adidas Stand For? Meaning and Pronunciation Explained Hello my dear reader, today www.leakynews.net will be schooling you on an important subject which majority of people are ignorant of. A higher percentage of people love product of the sports company called “Adidas” but are not privy to what the acronym “Adidas” stands for or […]

There is still hope for Women’s Soccer in Ghana as the likes of Kate Adu Agyemang keeps dominating the Soccer World. Kate is a former player for Ashanti ladies FC, has made so many appearances in the National team, specifically 2014 Under-17 Women’s World Cup in Costa Rica, 2016 Women’s World Cup tournament in Papua […]