Over the last few days, Ghanaians have been jolted out of inertia and slumber. We woke up to incidences of vandalism, chaos, threats of lynching of examination officials, hooliganism and blatant disregard for law, order and candour. The height of it all is the effrontery of over pampered senior high school final year candidates who took to social media to vent their spleen on the number one gentleman of the land. To insult and disrepect the elderly is bad enough but to proceed further to hurl insult and curses on the sitting President is unheard of and abominable to be charitable. 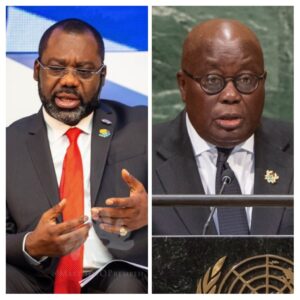 These acts of irresponsibility and defiance on the part of the have been condemned and sanctioned by GES and rightly so but critical question is: How did we get here?

For a long time political leadership has played ostrich with the issues of national significance including security, agriculture, education and health. Rhetoric and political assurances are not enough. We need to weep as a nation because our society is sinking fast before our very eyes and our hearts are in our mouths.

Thereis an increasingly alarming rate of crimes, hooliganism, vandalism, radicalism and brazing defiance/impudence across the country with preposterous consequences. We have as a nation sowed the wrong seeds and we’re beginning to reap inevitable fruits we are not prepared to harvest. We are sitting on thorns and thistles and the briers are beginning to pierce us on every side.

Largely, there is seething intellectual dishonesty and hypocrisy in Ghana because those in academia have been hypnotized into mental inertia or social alienation by the political class.The same rod has hit the clergy, the traditional leaders and the silent majority. 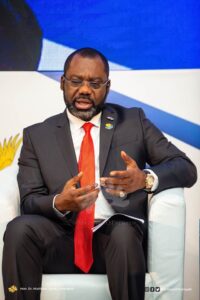 Everyone is silent not because everything is right or that everyone is happy but they simply want to avoid castigation and mudslinging. They don’t want offend and ruffle the political hyenas, wolves and hawks who are ever ready to tear apart and suck blood out of anyone who speaks up.

However, our collective failure to speak against and fight impropriety and evil in the society will ultimately spell doom for Ghana.

I think the intellectual community has generally disappointed Ghana more than than any other group of people. Astute professionals and technocrats are
seeking to please their pay masters in utter disregard for the national interest and the common good. Those responsible for managing our educational system have often sought to be politically correct rather than professionally and culturally correct.

This is akin to allowing a terminal sore to fester and kill you because dressing and antidoting it will cause discomfort to you. In an attempt to cover your sore with cloth in order to avoid pain and public ridicule, you only end up inflicting even a greater pain and death on yourself. Our collective failure to speak against and fight impropriety and evil in the society will ultimately result in our collective failure and destruction, thus ruining every gain and legacy of society.

We owe it a responsibility not just to ourselves but also generations unborn to stand up and stand out for what is right, noble and excellent. We need challenge ourselves to live according to our conscience underpinned by sound moral values and principles. Our generation unfortunately lives in and by convenience. Ours is a generation which understands only one vocabulary; consumption, consumption and consumption. We live in the now, for the now and by the now. We are fast becoming self-seekers, greedy and pleasure lovers. Self-sacrifice and self-denial are not principles within our reach anymore.

What would be our gain if only succeed in satisfying ourselves by impoverishing future generations?

I hereby call on the silent majority, the elite, the religious and traditional leaders and more especially the youth to come aboard the caravan of reason, conscience, principles and values to take responsibility and fight for Ghana’s development and future. Let’s all remember that our independence couldn’t have been won without the indispensable contributions of these groups.

Ghana sits on a ticking time bomb if the same youth who are beating us up and denigrating the President are the same crop of people who are to take up the mantle of leadership and control in Ghana in few years to come.

THE TRIED AND TESTED IS DESIRED CHOICE THAN A NOVICE WHO IS GOING TO INITIATE HIS TEST CASE — 2024 ELECTIONS IS NOT A TEST CASE BUT A HASSLE 2024 ELECTION IS HECTIC TASK IT REQUIRES THE INCUMBENT CHAIRMAN WHO HAS DONE ONE AND TWO TO BREAK THE 8 OCTOBER 12, 2021 When I monitor […]

Is Alan The Right Man For Ghana’s Economic Empowerment Drive?

ALAN, THE RIGHT MAN FOR GHANA’S ECONOMIC EMPOWERMENT DRIVE. By : Rock Nii Danquah-Ashley In recent times and for a longer time to come, “Jobs” is taking the center of our political debate. In their book, Making Africa Work; Mills, Herbst, Obasanjo and Davis rightly disclose that, “the fate of leaders will, in the future, […]

10 Secrets Of Dating A Ghanaian Nurse

As a matter of fact and reality, dating a nurse is an aspiration for millions of people globally. Infact nurses are desired for qualities including their natural warmth, Patience and boundless compassion, as well as their ability to handle stressful situation. Let me challenge you today. Date a nurse and you will find yourself dating […]