Businessman-turned-politician Mr. Akwasi Addai Odike has come under tough political pressure as staunch members and executives of United Progressive Party (UPP) have publicly reduced him to an ordinary party member. 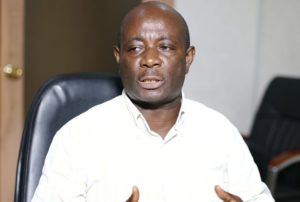 Executives have set the record straight that their 2015 flag bearer (Odike) is not the chairman or owner of the party as he has been parading himself and that the constitution doesn’t confer such positions on him.

During a press briefing in Kumasi, they expressed anger over how the entrepreneur who they described as an imposter has for long been announcing and deceiving the whole world that UPP is his intellectual property, explaining that the code of the party doesn’t describe him as such. 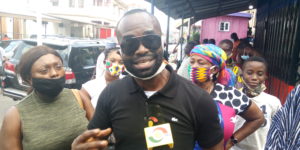 “Mr. Akwasi Addai has no role in the party. He is just a floor member”, they fingered.

Acting Chairman Mr. Kenneth Nana Kwame Asamoah exposed that “Odike” has no functional role among the NEC because he was kicked out of office by executives long ago.

“We only recognize him as a Chief founding father which is just a ceremonial name. He is just an ordinary member now and that is where his position ends”, he indicated.

According to the acting chairman, their delay in taking action against the Businessman is grounded on the reason that Mr. “odike” through his act of impersonation on radio and other media platforms is serving as an advertising agent who is just helping to make the party popular.

They have therefore called on media practitioners and members of other political parties to fish him out quickly should they see him identifying himself as the chairman or owner of UPP at any gathering or event.

Former National Democratic Congress (NDC) Parliamentary candidate for Ablekuma Central Constituency, Alhaji Halidu Haruna has criticized the media for what he describes as its continuous attempt to protect the current administration. “Nana Addo promised not to run a family and friends government after he accused then-President John Mahama of doing so, but when he became […]

Majority Leader and Parliamentary Affairs Minister, Osei Kyei-Mensah-Bonsu has doubted the viability of the ambition of opposition NDC leader and former president, John Dramani Mahama to legalize the operations of motorbikes and tricycles popularly known as “Okada” for commercial public transportation if he wins the upcoming elections. The former president has argued that the illicit […]

The opposition leader for United Progressive Party (UPP) has heavily castigated the sitting President of Ghana for deploying armed military personnel to the Volta part of the country. Mr. Akwasi  Addai Odike has condemned the action and has underlined that the blatant refusal on the part of the President of Ghana to heed to the […]