Leakynews.net has scooped an intelligence that some supporters of Mr. Frank Yeboah- aspiring NPP parliamentary candidate for Atwiman Nwabiagya North District allegedly stormed a community information center situated at Asuofua yesterday 11th June 2020 and attacked the owner of the facility. 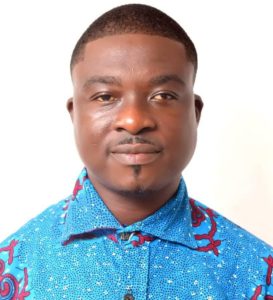 As staff of the station which is an affiliate of Angel Fm 96.1MHz were preparing to broadcast their usual 6:00 PM news bulletin, the die-hard fans of the aspirant allegedly pounced on the CEO Mr. Osei Kwaku  a.k.a  “Angel Mike” who doubles as the Assemblyman for Asuofua electoral area.

What the victim perceive as a callous action was triggered into motion after the assemblyman who is a strong political disciple of the incumbent MP Hon Benito Owusu-Bio denied them access into the studio to solicit for votes for the newly surfaced aspirant Mr. Frank Yeboah.

According to the assemblyman, one guy nicknamed “Onipa nua” who became highly peeved head-butted him in the head .“They wanted to speak on my information center but I realized that the way they go about their comments on other platforms wasn’t good so I told them point blank that if they go by that same style I will turn off the lights and switch off the whole information Center. Per the scene they wanted to use force to invade the studio so one guy called “Onipa nua” suddenly stood up and head butted me in the process… He hit me severally. They attacked me personally. I was the center of attack…They were aggressive to cause me great harm”, he told leakynews.net.

On the flip side, an eyewitness also told leakynews.net that the assemblyman was not head butted by any of the fans of the aspirant.  “There was only an exchange of words. It is not true that one ‘Onipa nua’ head-butted the honorable”, he told this medium.

Founder, National Chairman and leader for the United Progressive Party UPP Mr. Akwasi Addai Odike has sent a strong warning to executives of the various political parties in Ghana vis-à-vis the compilation of the new voters’ register. In an exclusive dialogue with leakynews.net, the outspoken leader for the opposition party gave a piercing caution that […]

Ghanaians living in China including blacks have come under an extreme xenophobic and racial crisis following a label placed on them by the Chinese government, describing them as those who imported coronavirus into the country, leakynews.net has been hinted. A high level of discrimination characterizes the state of affairs as most Ghanaians including blacks have […]