Ghana’s Registrar of Marriages has alerted all celebrants to the fact that MARRIAGES CONTRACTED AT UNLICENSED VENUES OR BY OFFICIATING MINISTERS NOT GAZETTED BY THE ATTORNEY-GENERAL TO BECOME MARRIAGE OFFICERS ARE INVALID under Section 74 of the Marriages Act 1884-1985, Cap 127. 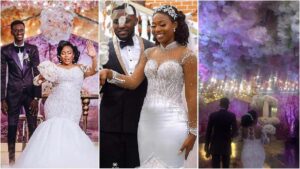 She continued in her statement that MARRIAGES CELEBRATED UNDER THE ACT WERE TO BE CELEBRATED IN A LICENSED PREMISES WITH THE DOORS OPEN BETWEEN 8 A.M. and 6 P.M. ON ANY WORKING DAY, EXCEPT SUNDAYS OR PUBLIC HOLIDAYS, and in the presence of two or more witnesses besides the officiating ministers and any other persons who might wish to attend the celebration.

“OFFICIATING MINISTERS AND CHURCHES ARE ALSO REQUIRED, UNDER SECTIONS 65 and 67 of the MARRIAGES ACT, TO TRANSMIT THE COUNTERFOIL AND DUPLICATE MARRIAGE CERTIFICATES TO THE REGISTRAR OF MARRIAGES FOR THE DISTRICT IN WHICH THE MARRIAGE TOOK PLACE WITHIN SEVEN DAYS AFTER THE CELEBRATION OF THE MARRIAGE,” the Registrar of Marriages at the Registrar-General’s Department (R-GD), Mrs Jemima Oware, told the Daily Graphic in an interview in Accra last Friday. 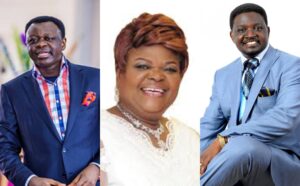 The caution is consequent to the realisation that a high number of people are contracting invalid marriages under Section 74 of the Marriage Act because of non-compliance with the strict requirements under the Marriages Act,1884-1985, Cap 127.

There are alleged reports of marriage ceremonies being held in private homes under the supervision of some officers of some metropolitan assemblies without a special licence issued by the Registrar of Marriages, which makes those marriages invalid.

Mrs Oware ADVISED THOSE PLANNING TO ENTER INTO MARRIAGES, ESPECIALLY THE ONES CELEBRATED UNDER THE ORDINANCE, TO BE SURE THAT THE VENUE WAS LICENSED AND THE OFFICIATING MINISTER GAZETTED.
She said the doors of the department were open for enquiries and advice in the event of uncertainty of validity of the venue and the status of the officiating minister.

Mrs Oware said registrars of marriages in the metropolitan, municipal and district assemblies were required under Section 71 of the Marriages Act (Cap 127) to forward books of marriage certificates, counterfoils, duplicate certificates and certified copies of all entries made during the preceding month in the Marriage Register book of the district to the Principal Registrar of Marriages within 10 days after the last day of each month, and the Principal Registrar of Marriages was to file same in its office.
“WE ARE HEREBY REQUESTING CHURCHES, DENOMINATIONS, FELLOWSHIPS, MOSQUES, METROPOLITAN, MUNICIPAL AND DISTRICT ASSEMBLIES (MMDAs) TO COMPLY WITH THE SECTIONS OF THE MARRIAGES ACT THAT REFERS TO THEM.
“Additionally, they should give representatives and officials of the Registrar-General’s Department unhindered access to their premises for education on the requirements of the laws of Ghana on marriages under the Marriages Act 1884-1985, (Cap 127),” she explained.

Throwing more light on invalid marriages, Mrs Oware explained that UNDER THE MARRIAGES ACT OF GHANA, IN ORDER TO CONTRACT A VALID MARRIAGE, THE OFFICIATING MINISTER SHOULD BE GAZETTED BY THE STATE.
She said additionally, THE VENUE WHERE THE MARRIAGE WAS TO BE CELEBRATED SHOULD BE LICENSED BY THE STATE.
“THE OFFICIATING MINISTER/REGISTRAR REQUIRES A REGISTRAR OFFICER’s CERTIFICATE, A MARRIAGE OFFICER ’s CERTIFICATE OR A SPECIAL LICENCE,” she added.

She explained that those were the three types of licences for ordinance marriages and marriages under the registrar’s certificate, which are under the sole authority of the metropolitan assemblies.
“Marriages under the Marriage Officer’s Certificate are also under the authority of the churches and religious institutions which have been licensed and their pastors gazetted by the Attorney-General, through the Registrar-General, to officiate marriages,” she explained.

She drew the attention of all churches to purchase from the department the books used to issue out notices in Forms E to J for the publication of banns in the churches, with the resultant Marriage Officer’s Certificate being issued to officiate the marriage in the licensed church premises.
She intimated that for a long time, most churches had not used those books specifically prepared for the use of churches for the publication of banns but rather relied on the Registrar Officer’s Certificate issued by the MMDAs, which was most inappropriate.

Mrs Oware said the third type of marriage was one under a Special Licence, which was a form of marriage officiated under the ordinance under the sole prerogative of the Principal Registrar of Marriages, who is also at the Registrar-General’s Department.
“With the Special Licence, a representative of the Principal Registrar of Marriages is able to officiate marriages on any unlicensed premises, unlike marriages under the Registrar’s Certificate, where a marriage is supposed to be officiated on the premises of MMDAs.
“This should also be officiated within three months after the 21-day notice, and if for any reason there is a caveat, the whole process has to be commenced all over again,” she explained.
She said the Special Licence also demanded that the marriage be solemnised within 20 working days on a licensed premises or any unlicensed place.

She said the R-GD was mandated, among other things, to register marriages, hence the role of the Principal Registrar of Marriages in the country.
She outlined some of the functions of the R-GD as the Principal Registrar of Marriages to include educating churches and Ghanaians on the laws on marriages.
Additionally, she said, the department was also mandated to grant special licences to churches and other licensed premises with gazetted marriage officers for the purpose of officiating marriages under the ordinance.
“We are also mandated to assist in the gazetting of church ministers and Islamic priests for the purpose of officiating marriages under the Marriages Act (Cap 127),” she added.

Mrs Oware said Customary Law Marriage and the Ordinance Marriage were both recognised by all and sundry, adding: “This goes a long way to tell us marriage is essential for human existence.”

Traditional marriage, more often than not is significant for honoring one’s parents.

If you want to start hearing from God read this

Many times we cry out to God to speak to us anytime we’re nervous, anxious or overwhelmed. About Post Author Enock Akonnor See author's posts

Names Of The Three Angels Who Destroyed Sodom And Gomorrah

The Bible clearly talks about the destruction of an entire country and the people in it in what seems like one in a century or maybe one in a millennial kind of situation. While the Almighty God ruined the planet by decreasing its population through a worldwide flood, one can think that the world’s population […]

The general overseer of Action Chapel, Archbishop Nicholas Duncan-William has disclosed the secret of the growth of the Nigerian churches.  In his sermon, he spoke about how he used to visit the late Archbishop Benson Idahosah of blessed memory with Bishop David Oyedepo. In his preaching he made it clear that some of the Nigerian […]