The National Commission for Civic Education (NCCE)-Asokore Mampong Municipality is calling for the holding of a Peace Walk between the two key parliamentary contestants of the Asawase constituency. 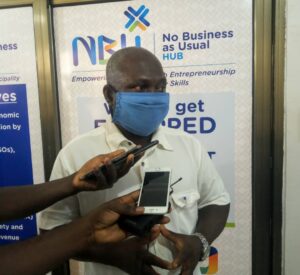 Candidates Hon Muntakar Mubarak -incumbent Member of Parliament on the ticket of the NDC and Hon Alidu Seidu who is also vying on the ticket of the ruling New Patriotic Party (NPP) per what the commission has suggested should with all the needed urgency embark on a walk jointly with their supporters through the principal streets of the Asawase ahead of the general election as a way calming down any political tension which may erupt.

Matthew Agbenu –Municipal Director for NCCE made this recommendation at the hub of the European Union funded project-No Business as Usual (NBU) when  speaking  at an event dubbed “IDEANOMICS 12”, organized by officials of the project under the theme “Youth for Peaceful Elections”. 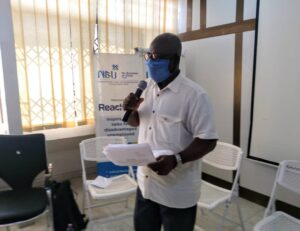 He said holding a peace walk will send down a strong message to supporters of both factions that the duo are committed to peaceful democratic development of the constituency and that there is no need for their supporters to be at each other’s throat.

On the part of the NCCE, he said in an interview with the media that his outfit will soon be engaging the parliamentary contestants through an inter-party dialogue committee so as to see how best they can resolve any political tension among them .

The committee’s focus is to curb violence so that Asawase constituency which “is becoming something notorious in the ears of people” will be linked with peace and not with mayhem and bloodshed. 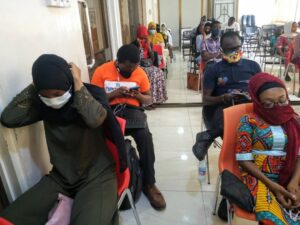 Speaking at the event, Matthew Agbenu charged the youth to resist all forms of political influence that will sway them to spark violence within the constituency. He advised that they should instead act as ambassadors of Peace during and after the December general elections.

In his address, he touched on some of the causes of electoral violence which are unemployment, winner takes all mentality, political influence on the media, electoral malpractices among others.

Present at the event was Nana Boakye, an officer at the Electoral Commission-Asokore Mampong Municipality. He schooled participants on the electoral processes. 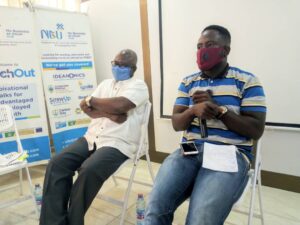 Shaibu Fuseini-Training Coordinator for the NBU Project in a concept note copied to www.leakynews.net  noted that “the 2020 general elections presents a potential challenge as Asokore Mampong Municipality is a hotspot for electoral violence. Vulnerable youth with in the Municipality are induced by politicians to carry out acts of violence and cause chaos in the days leading to the elections and its aftermath. Past experiences  within the municipality has shown the high tendency for violence and chaos during elections.”

He disclosed that the purpose of the event was to engage the youth within the municipality on the need to resist temptations by political actors and sensitize them on violence free elections and the electoral process.  It served as an avenue for participants to be educated on peaceful elections and the role the youth can play in peaceful electioneering.

God has decided, Donald Trump is winning the US elections – Owusu Bempah

Some last-minute changes in the spiritual realm have swung the United States of American elections in favor of Donald Trump, Reverend Isaac Owusu Bempah, the founder and leader of Glorious Word Power Ministries has prophesied. In what can be described as conflicting prophecies on the US elections, Owusu Bempah who on September 17 predicted victory […]

Tafo Youth Again!! Tell MP To Stop Leading With The Heart Of Nebuchadnezzar

Youth of Tafo have accused MP Hon Vincent Ekow Assafuah as the cause of the political upheaval which characterized the area a month ago over the choice of Municipal Chief Executive Officer. Aggrived youth said during a press conference that unpleasant comments by some characters on the airwaves against the traditional leadership “are happening because […]

The Minister for Gender, Children and Social Protection last week joined the great people of Agona Upper Bobikuma in Agona West Constituency to inspect an ongoing borehole project. Agona Upper Bobikuma township saw the provision of the water facility as a priority to lessen their plight of having  to trek long distances in search of […]