The No Business as Usual Project-Youth Empowerment Center (NBU-YEC) has been launched at Asokore Mampong Municipality.

It is a 2-year project, a second phase of the ended NBU project (implemented from 2017 to 2021 within the municipality) and unlike the former, funded by SOS Children’s Villages-Netherlands to sustain the gains achieved under the previous project. 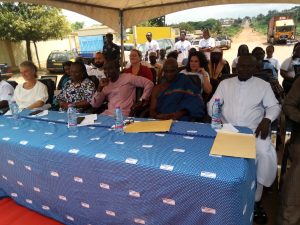 The aim is to reach out to 400 disadvantaged young people.

Out of the figure, NBU-YEC is looking at covering 50% males and 50% females in Kumasi. 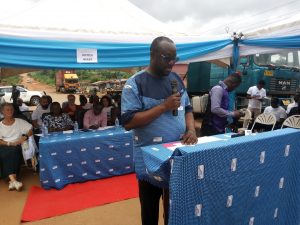 200 youth of the total number as indicated by Mr. Benard Amoako (Programme Director-SOS CV, Kumasi location) at the launch are already part of the alternative care and family strengthening programs of SOS Children’s Villages in Ghana whiles the remaining 200 are expected from Kumasi and surrounding areas. 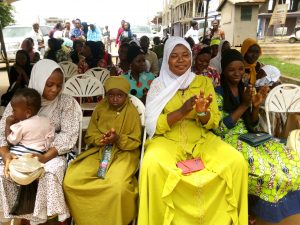 General objective is to contribute to improving inclusive employability for disadvantaged young people.

The project targets all categories of young people aged 18 to 35 and per the plans of the training, participants will be categorized into the following groups; Alpha, Betta and Gamma. 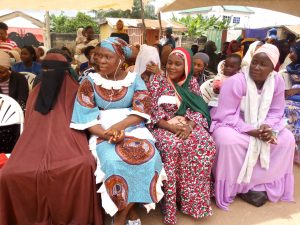 Highly motivated young people who will go through the recruitment process successfully will be offered soft skills training at the hub. Curriculum with modules on Core life skills, Employability and Entrepreneurship program that were successfully used in the NBU project will be adopted.

He assured that the NBU-YEC project will provide all round support to young people to help them achieve their goals of acquiring descent jobs, or starting up strong business within the region.

Mr. Alexander Mar Kekula (SOS CV Ghana) brought to light in his address that after a deep thought consequent to the expiration of the old NBU project, officials of SOS Children’s Villages-Netherlands saw the need to roll out NBU-YEC so as to impact a larger group of the youth within the Kumasi Metropolis.

“…though the NBU project ended, SOS Netherlands did not relent in its efforts to ensure a project extension”.

He thanked SOS Children’s Villages-Netherlands team for providing funding and other efforts which contributed to making the second phase a reality.

Mr. Kekula also thanked the Managing Director of SOS CV, Netherlands for the approval of the fund.

He therefore appealed to the vulnerable youth within Kumasi to take full advantage of the project by participating to equip themselves. 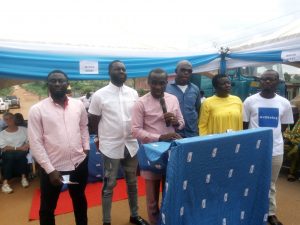 MCE for Asokore Mampong Hon Kennedy Kankam shared in his address that he was saddened when he was told by his predecessor (former MCE Hon Alidu Seidu) when he took office that the previous project has ended.

“so after hearing it and knowing very well that the thing has come to an end was one of the saddest moments after my appointment”.

He however said he was excited when news came in that the project has been given an extension by the sponsors of the project.  “…and I can tell you that, that day was one of the happiest days in my life”.

Hon Kankam placed on record that the NBU Project has been so beneficial to the municipality “because it has lifted a lot of burden from the shoulders of most of the youth and unemployed people within the Municipality”. 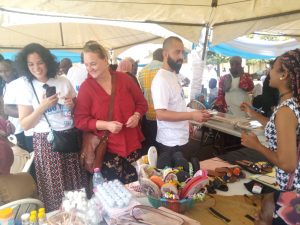 At the event, officials used the occasion to unveil the NBU logo. Room was also offered for the exhibition of products made by past beneficiaries of the NBU project.

Coordinator for No Business as Usual (NBU) Project Roberta Aryetey has commended youth and development committee of Aboabo No. 2 electoral area. She has praised them for their active and exemplary role geared towards the demand for accountability from duty bearers and ultimately the development of the area. In a strong admonishing to executives of […]

LGBT In Ghana; President Must Take This Advice Serious Else…

The National Chairman of Ghana Freedom Party , GFP, Mr Kwaku Abankwa has urged President Akuffo Addo to stick to his guns, but not to give in to pressures including financial sanctions from the President of United State, Joe Biden to allow lesbian, gay, bisexual, transgender and queer and intersex (LGBTQI) people to openly operate […]

Story by Enock Akonnor; enockakonnor2013@gmail.com The Ministry of Sanitation and Water Resources has rolled out a day’s reach-out event on the much trumpeted initiative; provision of household toilet facilities under the GKMA Sanitation and Water Project. Over 100 environmental officers drawn from assemblies of beneficiary areas; Kumasi, Asokwa, Oforikrom, Old Tafo, Suame, Kwadaso, Ejisu and […]