The late lawyer Kwadwo Owusu Afriyie affectionately referred to as Sir John was not only versed in the field of politics and law. 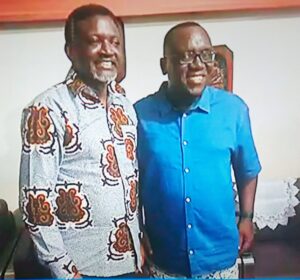 Presiding Bishop for Perez Chapel International Bishop Charles Agyin Asare has described him as somebody who knew the word of God.

The international revivalist recalled meeting him somewhere around “March or early April”.

“It was a good time. May his soul rest in peace. He was a very good man…and more so he knows the word of God”, he stated.

He held several political positions including serving as general secretary of the New Patriotic Party.

He was serving as the Chief Executive Officer for the Forestry Commission of Ghana before his demise.

Prominent Nigerian Man of God Bishop David Oyedepo; General Overseer for Winners Chapel, has disclosed why he doesn’t give money to beggars on the street. Instead of giving out money to roadside beggars, believers, according to the renowned Bishop, should direct them to fellow Christians in the church of Christ. God gave Christians an instruction […]

A group of Muslim clerics in Kumasi have vowed to hit the street in their numbers by way of protest should parliamentarians effect any law to endorse the practice of LGBTQ+ in Ghana. At a press briefing held at the Kumasi Central Mosque, National Imam for Al-Bayan Muslims Preachers Association Alhaji Abubakari Sadique Owusu hinted […]

The leadership of Emmanuel SDA Church, a Christian denomination located at Buokrom within the Manhyia South District has supplied food items worth GHs 7000 to members of the church. The focus of the foreging act of charity which was carried out today 10 April 2020 was to salvage vulnerable church members from the heat of […]