The emergence of one independent candidate for the parliamentary seat of Atwima Nwabiagy North District appears to have imposed an undue pressure on the incumbent (Hon Benito Owusu Bio) who is employing every political effort to retain a seat he has occupied for 16 years. 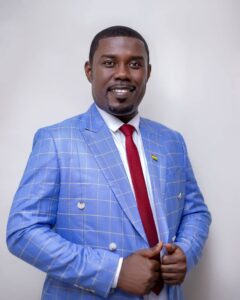 The newly surfaced Emmanuel Osei Gyamfi who is seriously soliciting for votes in the hinterlands and prominent areas within the constituency has informed www.leakynews.net exclusively that he has been receiving calls from the sitting MP and members within his camp to step down, insofar promising him billions of Ghana Cedis should he(independent candidate) rescind his candidature.

It is an open knowledge that a young guy by the name Frederick Gyamfi Apraku who some residents have alleged is a first degree holder  from University of Development Studies (UDS) is also contesting as an independent parliamentary candidate.

According to intelligence gathered by www.leakynews.net, Frederick Gyamfi Apraku  has ascribed the tittle “Dr” to his name on his campaign poster instead of a medical officer.

Agitations raise by critics are that he has no leadership or political experience.

Is it true that he is not a card bearing member of the New Patrotic Party and has never involved himself in any political activity?

Has he ever admitted before any traditional leader that he has no party card?

Emmanuel Gyamfi  who is a business and development consultant alleged that the youngster throughout his campaign message has been blackmailing him that former President Agyekum Kuffour has doled out huge amount of money to him to take the parliamentary seat from the incumbent.

When asked in Barekese why he is not heeding to advice to step down and support EMMANUEL OSEI GYAMFI, the development Consultant who first expressed interest and declared intention two month before him yesterday on an information center discussion in the community, he said he has decided to Contest and nobody can change his mind on that.

Premised on the foregoing, many constituents are wondering if he is not sponsored to come and spoil some votes meant for EMMANUEL OSEI GYAMFI.

“Since time immemorial, the foregoing Mephistophelian scheme has always been the political idiosyncrasy of Hon Benito Owusu Bio against me”, explaining that the sitting MP has sabotaged him on several occasions since he (Emmanuel Gyamfi) zoomed into politics. 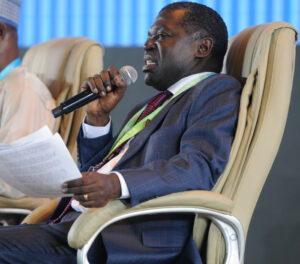 He recalled that Hon Benito Owusu Bio worked against him when he was tipped for an appointment as the Health Insurance Manager for Nkawie “since he felt threatened that if I had that position, I will would gain strong financial muscle to contest him, doll out money to party delegates and push him out of power”.

The independent candidate futher exposed Benito on how he tried to sabotage him on a proposal document he presented before the vetting committee regarding the setting up of a ceramic tiles factory within the constituency which won the admiration of Hon Mac Manu and other committee members.

He informed www.leakynews.net in an exclusive dialogue that no amount of sabotage by Benito Owusu Bio can discourage his chances of winning the parliamentary seat in the upcoming elections and that the people of Atwima Nwabiagya North are fed-up with his lazy man’s type of delivery.

“I have prepared adequately to take the seat this year”, he noted.

Emmanuel Gyamfi is an indegene of Atwima Koforidua, the most populated Community in the Atwima Nwabiagya North Constituency of Ashanti region.

The winner of 2024 elections will be a woman- Prophet Kobi

The 2024 general elections if far away but God has disclosed its outcome to a Ghanaian Prophet Emmanuel Badu Kobi. In an audio, the Founder and General overseer of Glorious Wave Church International informed Captain Smart on Angel FM that Ghana’s Presidential seat in the 2024 election will be for a woman. He emphasised in […]

Founder, National Chairman and leader for the United Progressive Party UPP Mr. Akwasi Addai Odike has sent a strong warning to executives of the various political parties in Ghana vis-à-vis the compilation of the new voters’ register. In an exclusive dialogue with leakynews.net, the outspoken leader for the opposition party gave a piercing caution that […]

Broadcast journalist, Mugabe Maase has slammed the Ashanti regional chairman for the NPP Bernard Antwi Boasiako aka “Chairman Wontumi” over his comments that Sammy Gyamfi is a nobody and will wash his car with his law certificate. Mr Wontumi has berated the National Communications Officer for the opposition NDC for probing a TV host for […]