There is no way we should get tired of talking about this unique and unrivaled man of God.

Archbishop Benson Idahosa of blessed memory is a Colossus who played such a titanic role in the work of the kingdom of God and left big shoes that no one is yet to fill till date!

The servant of God Benson Idahosa came from a very humble beginning and practically suffered a lot to become the mighty Preachers, Evangelist and Pastor that the world will never stop celebrating. 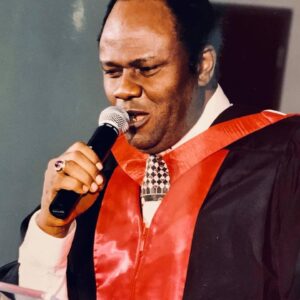 As a young man, Benson Idahosa having lived in the Village for many years, his grandfather helped him to secure a job as an assistant storekeeper at Bata Shoe Company in Benin City.

Though, Benson had started active preaching by then, he continued diligently on that job until he rose to a managerial position. His evangelistic outreaches were done majorly during the weekends.

At that time, Benson Idahosa commensed a fellowship with his converts.

As the number grew, he rented a shop where they held regular meetings in the evenings. It was from his little salary that he was able to cater for himself and pay for some of the ministry needs.

As a matter of fact, his wedding to his wife Margaret was held at this shop premises. His wife was a teacher at a Government school then. The picture above shows his wedding with Margaret. 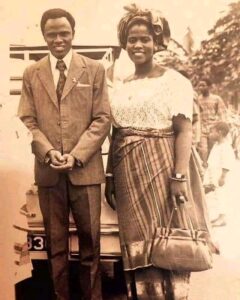 The little Church there grew until there was need for another venue. Then they moved on to a place called Iyaro where they built a Church to accommodate 500 people.

Note that while all these were going on, Benson Idahosa was still working at the Bata Shoe Company. During this period, he was also able to acquire some extra certification in accounting and managerial studies. See his picture below, as a manager at Bata Shoe Company.

He performed so excellently at his job that he kept getting promotions from time to time. It may also interest you to know that because of his diligence and faithfulness, the company gave him a scholarship opportunity to study a course at Essex University, United Kingdom. Although he declined because of the level of commitment involved in the ministry work at that time, the company did not compel or dispel him. 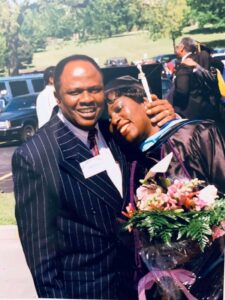 It was later on that he got another opportunity to travel to the United States on a scholarship to go for All Nations for Christ Bible school through Gordon Lindsay – the Founder. This was a rare opportunity which was his strong desire, so he went for it.

Because of his pedigree and relationship with The Bata Shoe Company, they gave him the permission to embark on the studies while still paying him!

When he returned from the Bible school in the United States, the young Church he left had a lot of challenges that required his presence. While still on break from the company, he was fixing the challenges at the Church and it began to grow again and explode in population.

Benson Idahosa got to a point where it became very obvious that he had to give full attention to the work of the ministry. That was how he resigned from his job and went into full time ministry. 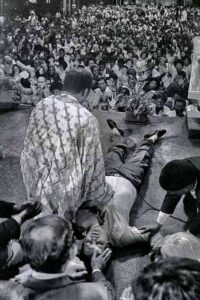 His supportive wife was still working as a teacher at a Government school.

Something interesting happened again. The Bata Shoe Company because of his usefulness still continued paying him despite his resignation. He severally pleaded with them that he was no longer to return to work, but they were still hopeful he might change his mind.

Since he was not comfortable with the idea of continuing receiving salary for not working, it was not until he went to the Headquarters to complain about it that they had to stop paying him his salary.

He did not return to work for the Bata Shoe Company and never looked back. He then went full time into ministry, organizing crusades while still heading the Church that was growing tremendously.

Now, where am I heading to in this article? Nowadays, most of our young Preachers or ministers prematurely go into pastoring ministry full time without having other sources of financial sustenance. As a result, they begin to depend on people’s financial contributions for survival. 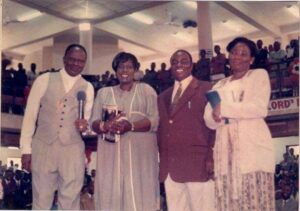 This is one mistake Benson Idahosa did not make that is common with many Preachers nowadays.

In some cases, their families literally go through ‘hell’ all in the name of ‘Full time ministry’. This ought not to be!

Unfortunately, some who even have a job, perhaps even a well paid job, just suddenly quit their jobs and rush into full time pastoring ministry without adequate planning and preparation for their upkeep.

In most cases, frustration may set in when some of them discover that it wasn’t as they expected. So, they begin to put financial pressure on others. Some others end up soiling their hands by patronizing diabolical people all in the bid to succeed.

If you are called into pastoring ministry, avoid this common mistake. Take time to plan and at the end of the day, you will be glad you did. 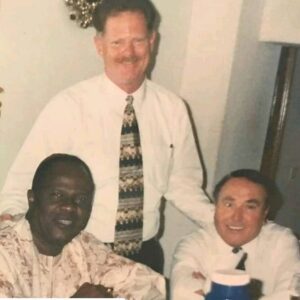 Finally, I hope you learnt something useful from this article.

What is your thought on this? What other mistake is common with Preachers of nowadays?

The gift of the office of Prophet was temporary granted by God for the sole purpose of building the church. Prophets were men given to the church and appointed by God Himself. God therefore chose prophets in the Old Testament for the purpose of helping lay the foundation of the church. In the old […]

If you want to start hearing from God read this

Many times we cry out to God to speak to us anytime we’re nervous, anxious or overwhelmed. About Post Author Enock Akonnor See author's posts

See why Vatican removed 16 books from the Bible in 1684

As a rule, what rings a bell in the mind when the Bible is talked about in discussion is a wellspring of truth that has not been altered. When the holy book was initially composed, notwithstanding, it contained 80 books and there are just 66 current duplicates, and we need to ask questions on what […]