The appointment of Madam Jane Naana Opoku Mensah by former President John Dramami Mahama as his running mate for this year’s Presidential election has attracted a strong commendation from the leadership of United Progressive Party (UPP). 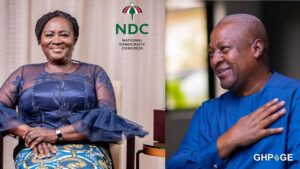 Mr Akwasi Addai Odike, National Chairman, founder and leader for UPP has applauded the track record descision, stating that John Mahama is by far the only political figure in Ghana who has raised the gender bar to a running mate status.

The opposition leader premised his statement on the fact that “the highest position every political party has given to women is the Chief Justice to position”.

He stressed in an exclusive dialogue with www.leakynews.net that “this is the first time a woman has become a running mate and a potential President of Ghana. I think Mahama deserves an applause. The woman should also be encouraged”. 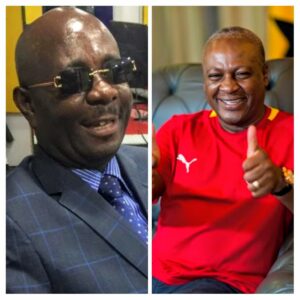 Mr Odike described as senseless the litany of castigations heaped by members of the ruling party NPP on the former President for opting for a woman.

In a wild tone, he lambasted them when he said that “those NPP detractors who are punching holes into Mahama choice should instead attack their own flagbearer and for that incumbent President of Ghana Nana Addo Danquah Akuffo Addo”.

President Akuffo Addo according to Odike has failed women in Ghana woefully since his campaign promise of giving women a 46 percent quota in his administration never materialised.

“Go and ask your flagbearer why he has failed women in Ghana”, he told members of NPP.

For Mr Odike, Mahama’s decision is a good choice adding that ” if we of the UPP are to choose our running mate, we will look into how we can also bring onboard a woman for that same position”.

NATIONAL DEMOCRATIC CONGRESS – ASHANTI REGIONAL SECRETARIAT PRESS BRIEFING ON THE ONGOING VOTER REGISTRATION EXERCISE IN THE ASHANTI REGION Friends from the media, we thank you for your presence this morning to play your role as a fair arbiter in our political space. The ongoing voter registration exercise that commenced on the 30th of June […]

Ghana Police and Military under tough threat; NDC Sammy Gyamfi vows to deal with them mercilessly

A high number of Police and Military personnel currently serving under the administration of His Excellency Nana Addo Dankwah  Akuffo Addo will come under a monstrous condition of service, perhaps a total abrogation of their role and dismissal from office should the flag bearer of the NPP fail to retain his position in office. www.leakynews.net […]