Tension is brewing at Anyaa-Sowutuom constituency as some scores of NPP executives in the area are enraged over the complete silence of the Parliamentary Vetting Committee.

After submitting a petition for the disqualification of the MCE for Ga Central Municipality Mr Emmanuel Lamptey from the parliamentary race,
the committee has until now failed to expedite action. 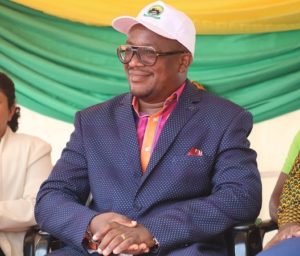 According to the concerned Polling Station Executives, rule (15) of the rules and regulations governing the conduct of Parliamentary primaries in constituencies where the party has sitting Member  Parliament restricts persons holding the following positions from contesting to become parliamentary candidates: the National Chairman, the General Secretary, the National Treasurer, all Regional Chairpersons, Regional Secretaries, Regional Treasurers, Constituency Chairpersons, Constituency Secretaries, Constituency Treasurers, and MMDCEs.

Making reference to rule 15 of the rules and regulations, they stated as follows: “If the above-stated rules and regulations are valid, then our understanding is that, all MMDCEs in all constituencies which have sitting NPP Members of Parliament are estopped from contesting the impending parliamentary primaries including the MCE of Ga Central Municipal Assembly (Anyaa Sowutuom Constituency.), Dr. Emmanuel Lamptey.

They also upheld that there is no exception to rule 15, as it has been explicitly stated in clear and unambiguous terms whiles emphasizing that the above stated rules and regulations take their source from an earlier decision of the National Council that provided that, MMDCEs who wished to contest the Parliamentary Primary Election in constituencies where the party has sitting MPs must resign two years before the primaries.

The petition in question sought to axe the MCE of Ga Central Municipal Assembly (Anyaa Sowutuom Constituency.), Dr. Emmanuel Lamptey out of the parliamentary race since his qualification has already been ruled out by the National Council’s decision.

Though the MP for Anyaa-Sowutuom constituency, Hon. Shirley Ayorkor Botchway has pulled out of the parliamentary race, but the concerned polling station executives argues that the constituency cannot assume the status of an orphan constituency based on the following reasons:

2. The current MP’s decision not to contest the primaries cannot be equated to a resignation of post, since the MP will still continue to be in office until her term of office ends by statutory requirement.

3. The constituency did not take part in the Extra Ordinary Delegates Conference to elect Parliamentary Candidates when the orphan constituencies held theirs.

In effect, they concluded that Anyaa Sowutuom Constituency cannot be described as an ‘orphan’ constituency by any strength of imagination or interpretation of stated Party rules, if we are to put the reasons stated above into consideration.

They also stated that, “Dr Lamptey is not qualified to contest because he failed to resign two years ago, when he had the option of choosing between contesting the up-coming parliamentary primaries and maintaining his current position as MCE. He chose the latter, which is why he refused to resign as MCE. He cannot eat his cake and have it”.

“We see this action of Dr Lamptey as an attempt and indeed a flout of the rules that have been passed by the second highest decision-making body of the Party, The National Council, with impunity”, the reiterated.

Though they accepted the fact that in some instances the dynamics in a particular constituency such as ethnicity, religion etc. might make it necessary to bend the rules to favour a particular aspirant in the interest of  the Party, but clarified that In Anyaa Sowutuom Constituency, there has not been any clear justifiable reason why any such consideration should be made to favour anyone.

They reminded the party’s hierarchy by citing a similar case where the current MCE was considered over other Party Members including the Constituency Chairman who expressed interest for the position of MCE.

They therefore, threatened to resist any attempt to bend the rules with the intent to favour him  and cautioned the party’s top hierarchy on the possibility of creating chaos in the Constituency if the do not uphold rule 15.

Speaking to the Secretary of the National Parliamentary Vetting Committee who also doubles as the  Regional Secretary for Greater Accra, Mr Daniel Parker Odarlai France On behalf of politicsafrika.com, Owusu Baffoe Daniel can report that according to Mr. Daniel Parker, the National Council has revised the rules to allow MMDCEs from constituencies whose sitting MP are no more in the parliamentary race to contest

However, speaking to Mr Joseph Achibald Adjei a strong party faithful in the constituency, who is also believed to be the one behind the orchestration to axe the MCE out of the race, he questioned about why such decisions by the party came at such a late hour, and posited that the MCE’s decision not to resign two years ahead of time alone tells you that he is only selfish and  greedy. He accused the party’s second highest decision-making body for abusing their powers and bending rules to favour some aspirants based on favouritism and nepotistism.

Mr Archibald called on the party hierarchy to pay attention to the calls of the grassroot executives as failure to do so will undoubtedly affect the fortunes of the Party in the next general election”.

“I Have A Dream For Kumasi”- New KMA Boss Hopeful

A New York-based political magnate tipped for the position of Kumasi City Mayor has underlined sanitation as his key focus if given the position. Mr. Kwabena Manu who contested during the 2004 and 2008 NPP parliamentary primaries at Nsuta/Kwamang/Beposo told www.leakynews.net that the metropolis is not well positioned vis-à-vis matters related to sanitation. He said […]

In our bonafide interest as true party activists of the NPP and rightly so our inalienable resolve to safeguard the integrity of our constitution, it is imperative that the Musah Superior led Peoples’ Campaign bring to bear the following inconsistencies; The election of Deputy Regional Secretary is an appointed position by the Regional executive committee […]