Former DCE aspirant for Atwima Nwabiagya South District Mr. Samuel Amankwah Yeboah has raised charges that the reason behind the prolonged silence of the clergy on what he noted as shoddy delivery of the ruling NPP government owes to the fact that the former has been financially influenced by the latter to keep mute.u 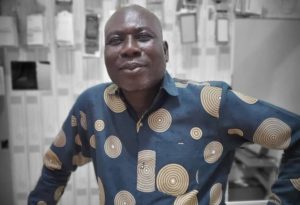 Addressing  www.leakynews.net at his residence, he was highly peeved over the sudden switch in posture unlike how they often criticized the immediate past NDC administration led by the former President John Dramani Mahama on issues and policies which per their assessment were hampering the economic fortunes of the country.

He sighted how  Superintendent Minster for the Methodist Church Rt. Rev. Stephen Richard Bosomtwi-Ayensu  and others passionately utilized every least opportunity they came across to openly point out the errors of the past NDC government without fear or favor, explaining that the passion has totally sank deep into the mud.  “They cannot ‘fire’ hard at this present government. All mouths have been sealed with juicy package”.

2020 Flagbearer and leader of Ghana’s popular opposition party National Democratic Congress (NDC), former President John Dramani Mahama, has restated his commitment to strengthening the country’s decentralization process. He has said that, “it is only through decentralization that we can see true progress in the country”. Speaking at a meeting with the Civil and Local […]

shhh!! we’ll track down missing excavators and hand them over to rightful owners – Mahama

Former President John Dramani Mahama has promised to ‘track down’ all the missing excavators which were reported missing under the ruling government. The opposition National Democratic Congress (NDC) has been criticizing the ruling government for their inability to locate the missing excavators and to prosecute the individuals who were allegedly involved in the scandal. The […]

I will be suprised if Akuffo Addo does this -Abu Jinapor

There are Soo many expectations as President Nana Akufo-Addo names his Ministers including his Chief of Staff for his 2nd term in office. People are jostling for positions and former appointees are also hoping to be retained in office. However, it is very strange that some people within the ruling New Patriotic Party (NPP) are […]