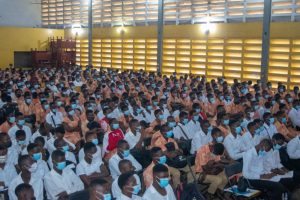 Dr. Maame Konadu (Senior Clinical Psychologist at Tafo Government Hospital) have warned them to snub misleading notion that abusing or taking substances especially Nescafe and marijuana will aid them in their studies by enhancing the retentive ability of their brain. 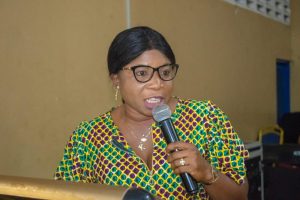 She described that assertion as a big lie, warning that it leads to the gradual impairment of their cognitive capacity.

Dr. Konadu who is one of the health partners of the No Business as Usual Project’s week-long school outreach program made this statement on Friday 25th June 2021 at the assembly hall of the institution. 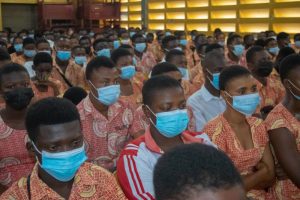 The meeting with the students was held under the auspices of the project.

Abuse of tramadol, cocaine, alcohol plus other stimulants and depressants according to her should be avoided due to the attendant health ramifications such as mental illness, seizures, anxiety, hallucination, damaged organs among others.

In her presentation, she cited how the menace has affected the academic performance of students, encouraging that students who are in the act should call it quit and that those who are yet to “should never attempt it because the consequences are dangerous”. 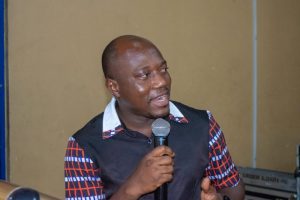 Dr. Terry Kessie, a Physician Assistant and partner to the project in his address bemoaned the skyrocketing rate of drug abuse among Ghanaian youth. He disclosed that substance abuse among girls is fast increasing, adding that it is very common among students.

Most students who are into it according to him are finding difficulties coming out of it. He therefore advised school authorities especially the Guidance and Counseling Unit under GES to identify students suffering from such conditions and counsel them out of it. 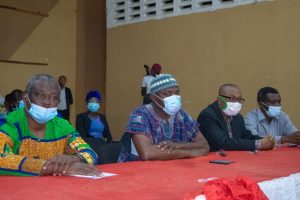 By Jennifer Warner Medically Reviewed by Louise Chang, MD on July 05, 2011 FROM THE WEBMD ARCHIVES July 5, 2011 In fact the ratio between the length of the index finger and the ring finger of men’s hands is associated with penis length, a new study shows. Researchers discovered that men with a lower ratio, […]

Welcome cherished follower of www.leakynews.net Today’s article focuses on educating you on some of the early Signs of cardiac arrest. Cardiac arrest is an emergency medical condition that should not be taken for granted at all as it occurs very quickly or extremely slowly due to the failure of the heart’s electrical system which may […]

If you drink alcohol before or after meal, this message is for you

Acohol consumption keeps shooting up every minute and every hour. As a matter of fact, the demand for alcohol is even higher than some commodities in some localities. It is therefore not surprising that we have so many production companies working round the clock to meet the high demand of the populace. High number of […]