The murder of George Floyd in Minneapolis, USA over the week has sparked wide-spread protest in the city of Minneapolis, and New York by a Black Life Matter Movement. The Movement through its website since 2014 have listed brutal murder of unarmed African-American in the USA, and brutal police injustice against people of colour. “I can’t breathe”, were the last words of Eric Gardener as well as George Floyd. 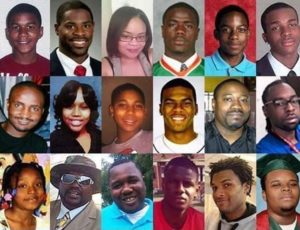 This injustice is not about Donald Trump or Barack Obama. Its about black life. Its about slaverm mentality that has existed since tge 1400s. In fact, the 1960s saw a great match for Africa-American freedom by civil rights movement, which coincidentally led to great struggle in mainland Africa in what Osagyefo Kwame Nkrumah called “decade of African independence”.

Unfortunately for Africa and African Americans, almost all civil rights activist got eliminated by the same rigged system by one of the worlds “most destructive” bully, the USA. Martin Luther King, Malcom X, and host of others were eliminated. In Africa, Patrice Lumumba and Kwame Nkrumah, Emperor Haile Sellasie, the pillar of AU and many others were eliminated .

Good effort by Africans and African Americans in the 1960s, though it failed. But, there must be continuation. The great example set by Japan & China shows Africa can also replicate such success stories. The AFRICAN-AMERICAN, AND INDEED AFRICANS ALL OVER THE WORLD MUST UNDERSTAND THAT AFRICA IS THEIR HOME AND UNTIL THEY HELP TO PUT THEIR HOUSE IN ORDER, THE SPIRIT OF THEIR ANCESTORS CAN NEVER REST! I don’t see what is in USA that can’t be done in Africa. In fact, countries like Libya recently was doing well than most European nations until the same “destructive bully”, the USA used NATO and so-called UN, that UN that has been the “puppet of USA” to eliminate Gadaffi. Today, the story about Libya is terrible!

African-Americans with huge privilege of human resource must look back at Africa. Automobile Industry, Real Estate Industry, Tourism and Culture Industry and host are available for investments. Fortunately, the Presidents of Ghana and Nigeria all launched Year of Return, that is a host of programmes that will afford African-Americans to return home and do something for mother Africa.

Osagyefo Kwame Nkrumah defined who an African is when he said, “I am NOT an African because I was born in Africa, but because AFRICA WAS BORN IN ME”. As far as you can see the black skin, you are an African. Ghana has launched a FULL DECADE DUBBED, “BEYOND THE RETURN”, and it is my hope that African-American will use the opportunity to locate their expertise to develop their home, the AFRICA CONTINENT, WHERE they belong! Japan did it, China is making it and Africa can also make it. The African-American has a stake to have a home and NOT struggle to perpetually live in places where they are treated like THEY ARE NOT HUMANS. THEY MUST KNOW THAT THEY ARE ALSO HUMANS AND THEY BELONG TO THE PART OF THE WOLRD CALLED AFRICA. COME HOME, BUILD YOUR CONTINENT AND LET AFRICAN RECONNAISANCE BECOME A REALITY.

Signs To Know If Someone Is A Witch Or A Wizard

Welcome my dear. I hope this day finds you well. Witches or Wizard are two groups of people who practice the art of witchcraft.   Better still, witches are people who exercise more than common powers. Infact they are people who give themselves to mischief, especially a woman or a child. On the other hand, […]

Still Sleeping Whiles Eyes Are Partially Open? This Is What It Means

Welcome home my friend. In fact closing your eyes is a defining feature of sleep. Premised on that reason, it may be very surprising to learn that some people sleep with their eyes partially or fully open. This condition, known medically as nocturnal lagophthalmos. This condition is relatively common. Research studies show that about 1 […]

10 Secrets Of Dating A Ghanaian Nurse

As a matter of fact and reality, dating a nurse is an aspiration for millions of people globally. Infact nurses are desired for qualities including their natural warmth, Patience and boundless compassion, as well as their ability to handle stressful situation. Let me challenge you today. Date a nurse and you will find yourself dating […]