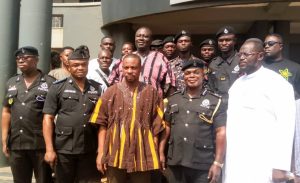 They were presented by him on Friday 16th December 2022 and received by the police commander in charge of the area ACP Stephen Kwasi Kwakye.

The move was aimed at beefing up the delivery of the police in the fight against crime and ultimately heighten the level of security.

The assemblyman who doubles as the Presiding Member for the Kumasi Metropolitan Assembly in an interview admonished the police to effectively utilize the items. 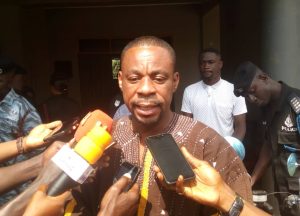 He promised to facilitate the building of a police station next year 2023 at Krofrom.

Though security is not bad in his jurisdiction, he said he is determined to do more to safeguard the lives of residents in the area. 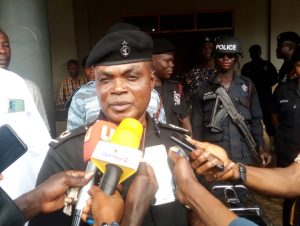 Receiving the items, ACP Stephen Kwasi Kwakye thanked the assemblyman for the support and pledged to make good use of the motorbikes.

Covid-19; CRADA calls on gov’t for effective interventions against Child Labour in Ghana

PRESS RELEASE ON WORLD DAY AGAINST CHILD LABOUR, 12TH JUNE 2020 “COVID-19: PROTECT CHILDREN FROM CHILD LABOUR, NOW MORE THAN EVER!” The celebration of this year’s World Day Against Child Labour (WDACL) which falls on this day, Friday, June 12, has coincided with an era where COVID-19 has plunged the world into deepening crisis arising […]

THE TWELFTH JUNE FOUNDATION donates GHs 2,435 worth of items to street connect children in Kumasi

Executives of THE TWELFTH JUNE FOUNDATION; a Ghana based charitable Non-governmental organization (NGO) have distributed assorted dry food items, warm meal and sanitary products to hundred street connected children within Ashanti region. Items such as rice,sugar,gari,100 face masks, 25 hand sanitizers, 150 soaps  plus 50 packs of cooked meal were given out to vulnerable children […]

The construction of a 44-seater toilet facility and a 20-apartment washrooms under a BOT agreement at Krofrom East electoral area has been completed. They (facilities) were commissioned for utilization on Wednesday 10th November 2021 by the Kontihene for Old Tafo Nana Nuamah Tiboa after undergoing a 3 months contract duration. The commissioning witnessed the attendants […]