Total cost of the monumental structure was given as GHs 9.6million and the acquisition of the aforesaid price value for the construction was realized through joint contribution from members of the association.

Building and completion of the project underwent a duration of nine years and was commissioned on Saturday 8th July 2022. 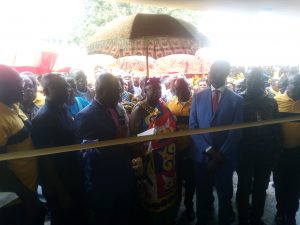 The newly built laboratory adds up to litany of support offered to the school by members of association which include a constructed bathhouse, a modern lavatory, provision of books, monthly support for teachers among others.

Speaking at the occasion, the Education Minister loudly commended the association, stating that the facility is not a regular science lab but rather a 21st century STEM laboratory.

“All the schools across the country will be looking at your example. An example of an old students association that put up a top level 21st century science laboratory”.

The vision of KAPSA-AKUNINI GLOBAL vis-à-vis the construction of the facility according to him adds up to government’s efforts in Science Technology, Engineering and Mathematics (STEM) transformation, indicating further that about 30 percent of the student population of KUMACA enrolled in science will give the school a further boost.

He assured that the Ministry of Education will support the school with science equipment for it to become one of the STEM schools. 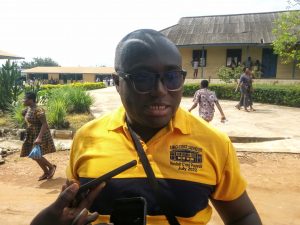 Ernest Yaw Anim (Auditor for the Association and Chairman for the Commissioning) in an interview described the laboratory as the first of its kind in Ghana.

He said the association has considered coming up with other interventions including putting up facilities for other departments of the school.

Ernest Yaw Anim noted that the doors of KAPSA-AKUNINI GLOBAL is open for any Senior High School who wants to learn from them on how they were able put up such a monumental Science laboratory.

Look sharp: See how 2020 WAEC results will be marked and graded

WAEC marking scheme and grading system. I am sure you have been wondering how the West African Examination Council (WAEC) 2020 examination will be marked and graded. Have you ever asked yourself how WAEC will mark and give scores to 2020 exams? If yes, then you are at the right place. WAEC grading system Under […]

Stop calling it “Pure water”. It is incorrect

We need to understand English language very well so as to avoid embarrassment while in public. The way we talk to others is very important as it tells the other person a lot more about you. Therefore, try as much as you can to upgrade your speaking skills and don’t find it hard to learn […]

Spiritual meaning of water in dreams

A dream is a succession of images, ideas, emotions, and sensations that usually happen involuntarily in the mind during various stages of sleep. Dreams about calm and pure water Dreams that has to do with beautifully clean and calm water are always good ones, especially if you dream, for example, about crystal clear lake water […]