Mr John Mahama, as habitual of liars and political pirates, you marked this year’s World Press Freedom Day with a most fiendish posture as you aired a hypocritical message that sought to slander His Excellency the President, Nana Addo Dankwa Akufo-Addo; that most peaceful Person and political leader Ghana has ever seen. 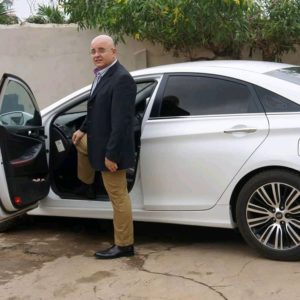 But you see, the boomerang effect seems to be perfectly illustrative in your case because each time you told a heinous lie, it backfired in your face like the reverse bullet fired out of Tom’s rifle in the cartoon series “Tom and Jerry”!

Your insincerity never ceases to amaze me. You were alleged to have engineered the smuggling of cocaine using one of your girls through the VVIP, and when Samuel Atta-Mensah took you on, your BNI dogs were unleashed on him. Have you soon forgotten the trauma that you put him through? Have you soon forgotten that your actions defiled the very sanctity of World Press Freedom Day for which you haughtily stood before the cameras to issue your disgusting statement? 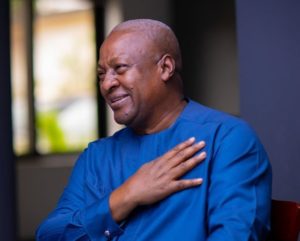 Samuel Atta-Mensah just gave you a little jab, avoiding his deadly upper-cut that would have knocked you out of your pirated presidential seat. What did you do? You sent him your gang of K9s to instill fear in him. Little did you know that all those who spoke the truth were fearless! Yes FEARLESS! 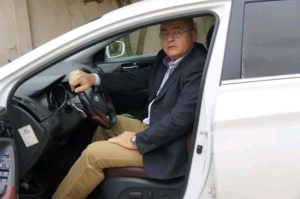 On the other hand, your cowardice as a President was as legendary then as it is now as a “nobody”! Under your questionable tenure in office as President, an unfortunate circumstance in the history of our beloved country, you harassed, jailed, and disrespected journalists in every demeaning manner possibly executable by political charlatans; and your presidency was an era of political piracy and tyranny!

Stanislav Xoese Dogbe, your barking poodle, carried your disgraceful trademark of tyranny along to the UK where he assaulted a Journalist under the watchful lenses of the international media. In everything you did, you brought disgrace and indignity to the Ghanaian. When the British Journalist asked you about corruption, you erred so badly, and fumbled so shamefully that you seemed overly drowned in the stupor of confusion. Is your hatred for truthful journalists due to your abysmal disposition during interviews and the uncomfortable questions you are asked?

To you, the vile and disgusting vituperations of Mugabe Maase, Kelvin Taylor, and other dimwit criminals seem to be totally okay. That you exhibited in numerous ways and on many occasions especially that when your uncouth scoundrels were jailed four months for threatening to kill Judges, you caused for a petition to be signed and brought to your office in order to trigger an executive amnesty to mitigate the sentence and set them free, only for them to return to the studio brothels and rain unpalatable insults on everybody and anybody that were not in the kennels of your dogs!

In 2016, for writing a book that detailed your failures, corruption, thefts, and alleged murder of President Atta-Mills, and for calling on you to submit to an HIV test in public because there were rumours that you had contracted AIDS, you jailed me! You gave the orders for me to be picked up upon arrival from overseas while you travelled to the USA. The irony in this whole affair was that as I was being arrested at the airport, you were shamelessly touting Ghanaian press freedom and media independence under your presidency at a UN summit in New York! Yes I authored that book, “59 years to nowhere and counting…the future is now”! It was instrumental in knocking you out of Jubilee House forever! Even after jailing me, I authored the “RED BOOK” that debunked the lies in your GREEN BOOK, for which your BNI twerps chased me all over Accra until after the election results were announced. You made sleep in hotels, those that you’d never think I’d go to; those hotels that had different prices for beds with or without bugs! Wasn’t that abuse of press freedom? Yet what Samuel Atta-Mensah and I wrote or did were nowhere near your loud aggression against Press Freedom. Meanwhile, your partner in crime, Africa Watch Magazine, which you were alleged to have bought, released an edition that portrayed Nana Akufo-Addo as a dying person with failed kidneys, enlarged heart, prostate cancer and almost every terminal disease you can imagine. For that purpose, you allegedly plotted with Steve Malorey, the editor-in-chief of the toilet paper magazine, to obtain forged documents for this failed acidic propaganda.

That was a most criminal act of trying to create panic among the electorate five months to the 2016 elections. It was inhuman, gutterly rubbish, vile, and just plain insidious. You laughed at the swirl of confusion, which cleared no sooner than your machinations had roused it. But with the tough skin that Nana Akudo-Addo had, he forged ahead unperturbed, undisturbed, and unmoved! Then I decided that enough was enough! I thought I’d make the call for your HIV test as many people wanted but were too afraid to voice it. So I did, and you showed that you had very light skin that could not stomach criticism! You remind me of that waiter who served a customer with bad food, and when the latter asked the former if they accepted criticism, he (the waiter) replied, “No, we accept cash only!” In like manner, you were allegedly stealing the nation and embezzling large amounts of money, but did not want to hear criticism. What a shameful and uninspiring politician you are!

I now know that Citi FM and Samuel Atta-Mensah can never be bought by you or the NDC. In fact, it is the fairness of giving all political parties a share of the airwaves that prompts Citi News to contain you and your pack of howlers!

Let me use this opportunity to render an unqualified apology to Omni Media of Citi FM and its sister networks for an article that I wrote last year that sought to suggest that the NDC had paid them to host the chairman of that party. Apparently, it is the fairness that Omni Media practices, which sometimes is misconstrued and misinterpreted. And to Samuel Atta-Mensah, I say, “sorry bro for the war of words between us. It was a nasty altercation. When elephants fight, it makes nonsense of sanity. I know that you are a man of dignity, honesty, and sterling reputation!” Then again, even if you do not come forth, I understand and forgive you. Anger has never helped people. After all, human as we are, we cannot be perfect! THE BATTLE IS STILL THE LORD’s!!!

7 Tips To Reduce The Cost Of Your Building Project

Welcome home my dear friend. Please don’t forget to avoid complex roofing designs that tend to be expensive. Constructing a house is always an expensive affair. However, it is possible to lower home building costs by adopting these easy-to-follow strategies. Here they are; 1.) Size It is always advisable to build a house with a […]

What It means If You Loose Your Teeth In A Dream

Welcome home my dear friend. Teeth often symbolizes our strengths, abilities, and pride. In fact having a dream about your teeth falling out may represent fears of being powerless. You may have strange dreams about either losing one of your teeth or all of them. The dreams could probably mean your inability to hold things […]

I Wonder What ECG Will Tell God On Judgement Day.

In fact the recent unannounced power outages Ghana have left a high number of people asking unanswered questions and wondering if “Dumsor” is back with us again. It would be recalled that in the year 2012, the country was submerged into total power outages which was regulated by timetable provided by the Electricity Company of […]