IT IS TIME FOR AFRICA TO DISCOVER ITS IDENTITY – Boadi William, President of Educate Africa Institute (EAI).

My dear Africans, this is the best time for us to look from within to overcome our difficulties for once with solidarity. Yes, we can!. 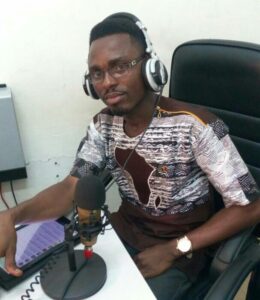 “We must unite now or perish…We must recognize that our economic independence resides in our African union and requires the same concentration upon the political achievement.” – Dr.
Kwame Nkrumah.

Throughout the struggle for our political sovereignty from colonial powers, unity has been our
strongest weapon. Various Liberation fighters sought, preached and employed the power of unity
to attain political freedom for Africa as a whole. While political freedom
and the right to self-determination has been achieved, Africa still faces a host of challenges which
requires coordinated effort, and sustainable approaches.
The predominant challenges facing Africa include poverty, absence of economic freedom, lack of
quality education, civil wars, hunger and the most threatening of all, as it
stands now, fighting off the COVID-19 pandemic.

In an April 10 interview with CNN, American philanthropist Melinda Gates expressed her belief that the corona virus pandemic would have the worst impact in the developing world. She further
stated that she foresaw bodies lying around in the street of African countries.

Clearly, despite the massive crisis the west is experiencing, some western leaders continue to insist that Africa would collectively and inevitably experience apocalypse as a result of the virus outbreak.
Gates is not the only one who predicted doom in Africa. A report released by the United Nations
Economic Commission for Africa (UNECA) in April stated: “Anywhere between 300,000 and 3.3
million Africans could lose their lives as a direct result of COVID-19.”
These projections valuates the fact that the west has no belief in us. They have no belief in our
systems, they have no belief perhaps in our capabilities. Frankly, we have only but ourselves
to blame for such projections. We have been victims of our own failures post-independence.
“Africa’s story has been written by others; we need to own our problems and solutions and write
our story.” – President of Rwanda, Paul Kagame.

It is time we stop looking to the west for solutions to problems we can solve ourselves. Africa has everything in this world to succeed on her own.

Indeed, in these times of COVID-19 where the world predicted doom for Africa, African states
have managed to contain this crisis remarkably. We can finally eradicate this pandemic for
good and ensure that the projections of the west remain blatant if we employ the strategy of togetherness that our founding fathers used to free us from colonial rule.

I call on sons and daughters of Africa to come together to fight off Corona virus.

Yes!, I believe that, Africa can do it with solidarité

Africa is born in me.

This is how a colossal GHS3.5million of Ghana’s COVID-19 cash was paid to the ubiquitous JNS Talent Centre Limited secretly and dubiously owned by Kwabena Adu Gyamfi AKA Rev. Kusi Boateng to supply paper towels. [See evidence attached]. JNS was incorporated solely to undertake Talent and Skills Development but has become a marvellous multipurpose vehicle […]

7 Tips To Reduce The Cost Of Your Building Project

Welcome home my dear friend. Please don’t forget to avoid complex roofing designs that tend to be expensive. Constructing a house is always an expensive affair. However, it is possible to lower home building costs by adopting these easy-to-follow strategies. Here they are; 1.) Size It is always advisable to build a house with a […]

Note: Picture attached is used for the purpose of illustration Good afternoon cherished reader. Famous Ghanaianan Prophet of history Prophet Kwame Nkansah lived from 1862 – 1987. He left the Earth realm on September 23, 1987, at age of 125 years. He was a prophet for 70 years. Odifo Kwame Nkansah lived most of his […]