www.leakynews.net has intercepted a video of a Nigeria based Prophet vividly predicting that the sitting President of Ghana His Excellency Nana Addo Danquah Akuffo Addo will develop a health challenge within the thorasic area of his body. 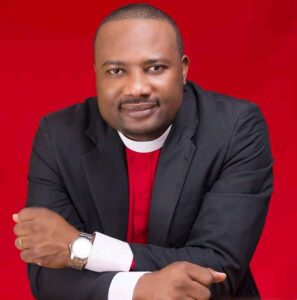 Called Prophet Emmanuel Chinonso Stephen; Founder and Leader for Mountain of Grace and Glory Ministry, he stated clearly in the video that “Ghanaians should pray for their President”.

”He (Ghana President) needs to pray. I saw him soo sick and this sickness started from cough. It looked as if he was having a chest issue but they refused to discuss it with the public. With what I saw, the thing begun to trend as a public news. Now when the thing came up, instead of them to look at what the issue is, they begun to play politics with it and as they begun to play politics with it, it became a very louder issue. The Lord said we should pray so that the President of Ghana will not die”. (his statement was tinted with a Nigerian accent)

The staggering aspect of the whole video recorded in the year 2019 is that, it started trending a day (5th June 2020) after a letter issued by Ghana’s Minister for Information Hon Kojo Oppon Nkrumah popped up on countless number of social media platforms on 4th June 2020.

The letter reads; “…On the advice of doctors, the President of the Republic, Nana Addo Dankwa Akuffo-Addo is from July 4,2020 taking a fourteen (14) day precautionary  self-isolation measure in compliance with covid-19 protocols.

The President has elected to do so after at least one person within his close circle tested positive for covid-19 today. He has as at today, tested negative, but has elected to take this measure out of the abundance of caution. The President will during this precautionary self-isolation period, be working from the Presidential Villa at the Jubilee House, Accra. End.”

Should the foregoing be perceived as a mere coincidence or a divine wake-up call for the redemption of the hardworking President His Excellency Nana Addo Danquah Akuffo Addo, through whose  instrumentality the nation Ghana is enjoying a litany of implemented developmental interventions? 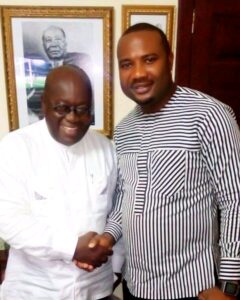 According to an inquisition conducted by www.leakynews.net, the Nigerian Prophet Emmanuel Chinonso Stephen Prophesied ahead of the 2016 Presidential elections that Akuffo Addo will defeat the then incumbent President John Dramani Mahama.

Visibly pasted on his facebook wall, he said he was invited and prayed for Nana Addo Danquah Akuffo Addo after the prophetic declaration “and he won the elections then”.

They have planned to kill me – Bishop Obinim

The Founder and Leader of International Godsways Church has not been very controversial and outspoken since the member of Parliament for the Asian Central Constituency, Hon. Kennedy Ohene Agyapong dragged him to light on The Seat Show. Kennedy Ohene Agyapong way back in April kick-started the agenda of exposing false Pastors and Prophets who are […]

Nana Amponsah Kwah IV, Chief for Kwanwoma, a community located within the Atwima Kwanwoma district has amplified his benevolent support for the vulnerable within his jurisdiction and beyond. Just last Wednesday 15th April 2020, the chief who is noted for his usual act of charity supplied 300 tubers of yam and 250 packs of eggs […]

Many Christians In Africa Are Powerless These Days, Here Are The Reasons

As a matter of fact, when I call to memory how that Kenneth Hagin’s kids would leave their praying Daddy for school in the morning and return in the evening to meet him still praying, it tells me straight forward that I am joking with my prayer life. They take dinner and he is still […]