Patriotic Advocates for Truth, Peace and Development, Ghana, is a Non Governmental Organization, NGO, and non partisan with the motive of championing and supporting policies and social interventions that will benefit the Ghanaian voter irrespective of which political party in power. 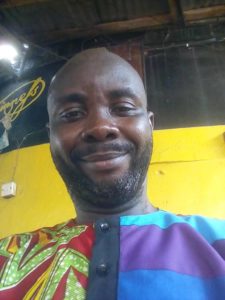 The Nana Addo Dankwa Akufo Addo led npp government on assumption of power in 2017, implemented and initiated aggressive policy to clamp down on illegal mining activities, popularly called Galamsey which over the years has caused total destruction to our river, water bodies, our forest reserves, and the environment at large.
This laudable initiative was supported by traditional authorities, the clergy, civil society organizations and Ghanaians in general.
The president of the republic through the support of the legislature, and the judiciary, set up a national security task force team made up of the military and police personal who were deployed to every mining community across the length and breadth of this country to arrest illegal miners which they chalked numerous successes after arresting recalcitrant galamseyers some of whom were prosecuted at the law courts and jailed whiles some foreigners who were also engaging in the illegal mining activities were also deported.
In recent times the Patriotic Advocates for Truth , Peace and Development, Ghana, through its observation after visiting most of the mining communities, revealed, some Metropolitan, municipal and district chief executives in the mining areas are sabotaging and undermining the president, Nana Addo Dankwa Akufo Addo’s agenda of waging war on illegal miners.
Some of these Mmdce’s in the mining areas who should rather support the task force team of the monitoring and evaluation who have been mandated by the state and are being paid by the tax payers money to arrest these illegal miners are rather making things difficult of the task force operational activities.
Credible and authentic information available to the Patriotic Advocates for Truth, Peace and Development, Ghana, after an errands the group embarked upon in the mining areas across the country, revealed some Mmdce’s and npp constituency party executives are engaging in galamsey activities which is a clear sabotage to the Addo Dankwa Akufo Addo led npp government.
We have also observed, the numerous efforts being put up by the minister for Lands and Natural Resources, Lawyer Kwaku Asomah Cheremeh to fight the illegal mining activities is also being sabotaged by some self seeking and greedy government appointees who are linked to illegal mining activities.
As an advocacy group we are appealing to the president not to hesitate to fire any Mmdce found culpable in galamsey activities in his jurisdiction to serve as a deterrent to others.
We are also making an appeal to the government to engage us when the need arise to expose some of these self seeking government appointees who does not care about the future of our country Ghana,
God bless our homeland Ghana and help us continue with the peaceful atmosphere we are enjoying.

LGBT In Ghana; President Must Take This Advice Serious Else…

The National Chairman of Ghana Freedom Party , GFP, Mr Kwaku Abankwa has urged President Akuffo Addo to stick to his guns, but not to give in to pressures including financial sanctions from the President of United State, Joe Biden to allow lesbian, gay, bisexual, transgender and queer and intersex (LGBTQI) people to openly operate […]

Just In: Lands Commission Drops Facts In Defense Of Demolition At Mpehuasem

20TH APRIL, 2022 PRESS RELEASE ALL MEDIA HOUSES RE: STATEMENT ON THE ABUSE AND USE OF STATE POWER IN THE DEMOLITION OF OUR PROPERTIES CAUSING THREAT OF DANGER AND PEACE IN OUR COMMUNITY – DELIVERED BY NII TORGBOR OBODAI AMPAO VI, MANTSE OF MPEHUASEM ON 16TH APRIL, 2022. The attention of the Lands Commission has […]

Managing Editor for Leaky News (www.leakynews.net) Enock Akonnor has commended implementers of the GAMA/GKMA Sanitation and Water Project (SWP) for effecting an extension of the coverage of the intervention. Before the extension, the Word Bank funded project was limited to only low-income communities within Greater Accra Metropolitan Assemblies and the Greater Kumasi Metropolitan Assemblies. Few […]