The Chief Executive Officer (CEO) for Marrer Ghana Limited and Susatgad Boat Building and Fishing Industries, Mr Novihoho Afaglo has stated that one of the surest ways Ghana can fight corruption in the system is by funding activities of political parties. 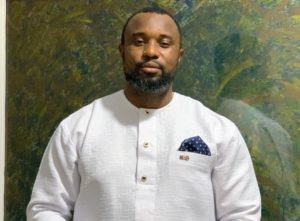 Mr Afaglo said Ghana as a democratic country should be able to put in place measures to support its political parties during campaign seasons instead of allowing political parties to fish for money from certain individuals and companies with promises of allocating contracts by any means necessary.

According to him, “if this is done it will stop the abuse of the taxpayers money and corruption in the system.”

Speaking to leakynews.net, he said that the foregoing will allow the party in government to continue projects from previous governments “so we don’t keep abandoning projects all in the name of political differences.”

“Unless this situation is changed, the ordinary citizens would continue to suffer and the taxpayers money will also go waste all the time,” he stated.

“I would like to take this opportunity to congratulate the President Nana Addo Dankwa Akufo-Addo for the great works he’s doing for our nation Ghana, especially during this war against Covid-19.

“Although some of the decisions taken were not the best for the country,such as lifting the lockdown,today the affected cases has gone up to 4,012 with 323 recoveries and 18 deaths which would have reduced by now in the Greater Accra and Greater Kumasi but some argue that he considered the thoughts of the ordinary layman.”

“We all believes that during this tough times some of his appointees tried as much as they can to take certain decisions which were not in the best interests of the masses but he still stand tall in the sight of the citizens,” he stated.

Mr Afaglo appealed to the President that instead of constructing 88 health facilities in the country this year, he should rather cut the figure down to make way for some abandoning uncompleted health projects of the previous government, this time not necessarily to the same contractors.

He added that the government should also order the network providers to reduce the cost of data usage to enable online studies during this critical times.

A young Ghanaian girl has shared an encounter she had with the late former President Jerry John Rawlings after his death. According to the 15- year old who gave her name as Boateng Linda, the late Rawlings visited her yesterday in the night and had a chat with her to the extent of disclosing to […]

Hon Musah Superior; General Secretary hopeful for NPP has strongly critiqued the delivery of party’s NEC on why it has hitherto failed to hold the Polling Station (PS) elections per the time table announced in April last year. According to earlier official announcement, PS elections is to be held in January 2022, but as things […]

DISCLAIMER. My attention has been brought to an article circulated by a Kumasi based fm, Pure95.7fm on its online portal that seeks to describe the current Acting National Chairman, Kenneth Kwame Asamoah, as an imposter. The article also went on to say that he has been arrested by the Ashanti Central Police which are all […]