Hon Kennedy Agyapong- Member of Parliament for Assin Central has fired a verbal balistic missile against Hon Joseph Yamin; one of the leading members of the National Democratic Congress (NDC). 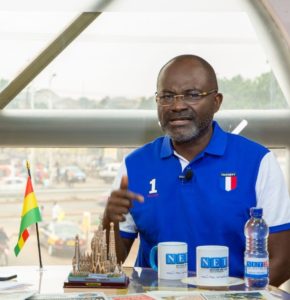 Speaking in an interview on a Kumasi based radio station Hello Fm this morning 20th May 2020, the outspoken member of the New Patriotic Party (NPP) laughed over what he described as insults which were hurled against him few days ago by Hon Joseph Yamin.

In an interview granted on Nhyira Fm’s morning show on 8th May 2020, vocal Joseph Yamin likened the mannerisms of Kennedy Agyapong to his puppy that backs at a stranger but immediately runs for cover when the same stranger enters its domain. 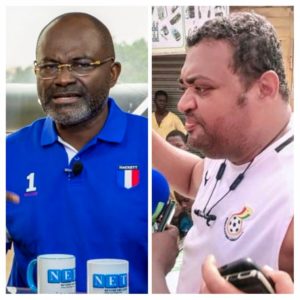 Hon Yamin again threatened to take a legal action against him(Hon Kennedy) for alledging that he Yamin plus a group of 24 members of NDC are planning to kill expatriates and burn down markets in Ghana.

In a sharp rebuttal, Hon Kennedy Agyapong laughed over why the member of the umbrella family NDC will level insults against him and then follow up with a court action.

“If he is not a fool…you are taking somebody to court and you begin with insults.hahaha…and after that you talk about taking the person to court. You let’s wait. He claims he is a man. Oboa koraaa…”.

Hon Oboobi  Bismark, NPP constituency  organizer for Atwima Mponua Constituency has exposed to the effect that individuals who  held a press conference recently and challenged the candidature of the incumbent Member of Parliament Hon Isaac Kwame Asiamah are not members of the New Patriotic Party. He told leakynews.net  that his underground checks indicate that they […]

The founder and leader of Prophetic Hill Chapel, Prophet Nigel Gaise has released a fresh and an eye-opening prophesy over the late former President of Ghana Jerry John Rawlings. He has disclosed that there is an agenda to get his (corpse of JJ Rawlings) finger nails and hair for rituals by a political party to […]