Implementers of the SOS Green Project strongly believe that women’s financial independence is cardinal among measures aimed at reducing their victimization experiences of Violence Against Women. 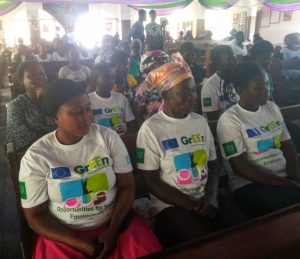 Engaging women of the Sekyere Kumawu District on Friday 25th November 2022, they highlighted financial training as one of the interventions they have rolled out in the community towards achieving the abovementioned.

So far, they have succeeded in whipping up the interest of a good number of women in the area on the need to earn their own living by taking up a career as a replacement of sole dependence on their partners for economic survival.

Under the European Union funded GrEEn project, officials have also liaised with financial service providers including Fidelity Bank, ECO Bank etc and through that have opened staple accounts for each beneficiary.

This came up they had received training on the need to develop the habit of saving money, financial management, budgeting, taking financial decisions, how to make financial enquiries via mobile device among others. 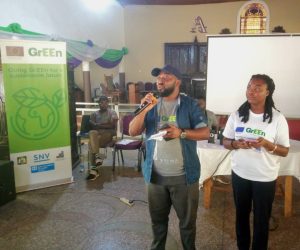 The above were disclosed by Sheila Quaye (Financial Inclusion Analyst at UNCDF) in her presentation at the event, held coincidentally with the celebration of the International Day For the Elimination of Violence Against Women.

Vincent Ohene-Ntwo- Training Team Leader-SOS Green delivered a presentation on the Concept of Gender Based Violence and the forms of violence against women. 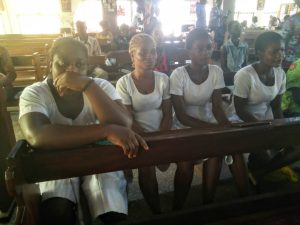 He made a sad indication that most women fail to report when they are abused because of stigma and that some mothers premise upon their past marriage experience even encourage their children to avoid reporting such issues fearing it might cost their marriage.

Vincent Ohene-Ntow noted that violence against women is now a global scourge and that key in clamping it down is the financial independence of women.

He mentioned that the moment women get decent source of livelihood and are economically empowered they will move away from all forms of abuses.

“For example if you have your own job and your own money it makes it difficult for a man to abuse you…So that is why we continue to educate women so that they can become economically independent”.

To achieve that, beneficiaries according to him under the project are made to undertake a physical infrastructure, given money “and SOS children villages comes in to train them on Core Life Employability Skills and Orientations Technical Training so that based on the money they get and the skills they receive from SOS they can start some form of job and secure a decent livelihood for themselves.” 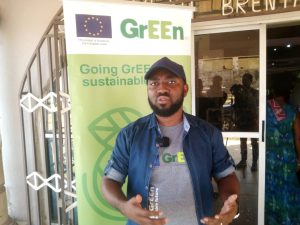 Nathan Asamoah –Community Development Officer for UNCDF said one of the focus of the project is creating short term jobs for beneficiaries.

He said there is the deliberate effort to empower more women, develop their skills to at least get some bit of funding to be financially independent.

Madam Vera Gyamfi’s in her presentation enlightened the audience on the efforts of government, stands of the constitution on GBV and avenues to seek redress when violated.

In an interview with the media, she said that her outfit has received not less than 30 domestic violent cases within the first quarters of this year.

Customers of FirstBanc, Blackshield Capital in limbo over claims payment

Customers of FirstBanc Financial Services and Blackshield Capital Management (formerly Gold Coast Fund Management) will not be part of the government’s bailout package for defunct fund management companies until the Appeals Court makes a decision on their license revocation, the Securities and Exchange Commission (SEC) has said. The two were part of the 50 firms […]

Lottery Is Not Evil, God Created The World With Numbers- NLA Boy

Police have arrested fifteen traders in Kumasi just this morning Wednesday 1st April 2020 for flouting President’s directive vis-à-vis the two weeks lockdown. They were captured by security forces of Kuamsi Zongo police station at “Dr. Mensah“, a commercial area where they usually carry out their trade. 13 women and 2 men making up the […]