A capacity building event on Alternative Dispute Resolution (ADR) organised by executives of the No Business As Usual (NBU) Project has triggered a call for a nationwide training of all assembly members on the subject. 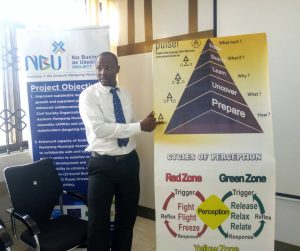 Premised on how a number of assembly members are not privy to the technical and practical know-how vis-à-vis resolving of conflicts, Abdul Majid Musah, Lead Mediator at ABUMAJ Mediation Centre has proposed that government should as a matter of necessity create opportunities for private practitioners of Mediation to equip assembly members with mediatory skills needed to settle conflicts within their respective electoral areas.

He disclosed a sad reality that a higher percentage of them (assembly members) have not even participated in Conflict Mediation training before, adding that those at the grass root are not even aware of the effectiveness of Mediation.

All Metropolitan, Municipal and District Assemblies per his proposition should make some budgetary provision for such trainings, defending that the foregoing will go a long way to reduce the level of conflict in the country.

“It will also be an exemplary model for other countries in Africa.” 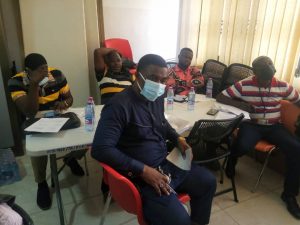 The above clarion call was coughed out in an exclusive interview with www.leakynews.net after he delivered a presentation at the A.D.R training which was held at the hub of the NBU Project on 9th March, 2021. 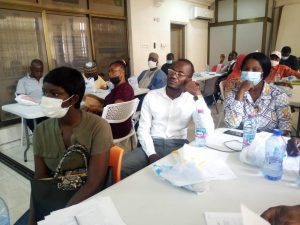 The training was held in partnership with ABUMAJ Mediation Centre.

It succeeded in equipping participants with skills and knowledge to address political, ethnic and family conflicts which impede development.

They were also trained and educated on the provision of the ACT 798 in dispute and conflict resolution. 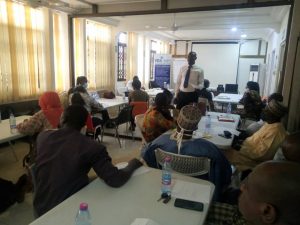 Vincent Ohene-Ntow (Program Manager, No Business as Usual Project) indicated that the event was held in view of the fact that assembly members are sometimes faced with resolving conflicts.

He said it was therefore necessary to empower them with a deeper knowledge and skills on how to address such issues peacefully owing to the critical role they play in the development of the Municipality. 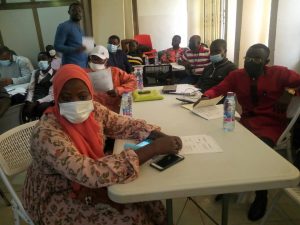 Lead Mediator at ABUMAJ Mediation Center in his presentation took them through the causes and effects of conflict, types of ADR, what they entail, the theory and practice of Mediation, role of Mediators, Mediation processes among others.

Participants were carried through a Mediation simulation exercise during the training.

The New Trust Newspaper has gathered that, the Kumasi Metropolitan Assembly (KMA) which was supposed to hold its first ordinary meeting of 3rd session of the 8th Assembly between Thursday, 5th and Friday,6th May, 2022 per an invitation letter to members of the Assembly dated 12th April, 2022 had to suspend it due to ongoing […]

The first phase of the reconstruction of Asafo Market by Alhaji and Madina Company Limited is nearing completion, www.leakynews.net has observed. Findings from inquisition conducted by this medium through interactions with Project managers clearly point out that the project has reached a 95% level of completion; product of a speedy job delivery by the construction […]

By Philip Antoh A sympathiser of the opposition National Democratic Congress and the Chief Executive Officer (CEO) of Marrer Ghana Limited and Susagtad Boat Building, Mr Novihoho Afaglo has admonished Nana Addo Dankwa Akufo Addo to appoint an independent and non partisan body to spearhead the anti Galamsey operations in the country. According to him, […]