Stakeholders of the Islamic faith have received training on domestic mobilization of resources from local donors for the implementation of the Professor Lukuman Memorial Science and Mathematics Project. 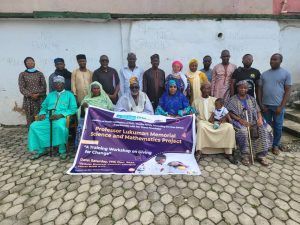 The project seeks to promote Mathematics and Science education in basic schools located within Muslim communities.

The capacity building workshop was held on Saturday 17th December 2022 and was organized by executives of Coalition of Muslim Institutions (COMI) and the Muslim Family Counselling Services in partnership with Star Ghana Foundation. 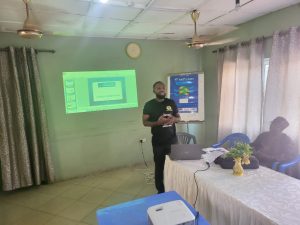 At the training, participants were taken through the Giving for Change (GFC) initiative; a Star Ghana Foundation project funded by the Dutch Ministry of Foreign Affairs and anchored on the recognition of the importance of domestic resources in increasing local ownership, unlocking agency and strengthening communities’ ability to claim entitilment from different actors especially government.

Premised upon what GFC entails, attendants were schooled on why they should mobilize resources locally instead of depending on external donors for support.

They were also informed on how domestic resource mobilization, philanthropy and community giving is needful for social change and development.

In his presentation, the facilitator threw light on what has called to play the rolling out of the Professor Lukuman Memorial Science and Mathematics Project.

He lamented over how a number Muslims are only interested in Arabic and Quran education, giving no regard for western education of which Science and Mathematics are inclusive.

The Coalition of Muslim Institutions (COMI) through the project wants to heighten the learning of the duo and address challenges faced by basic schools in Kumasi Zongo communities in terms of infrastructure and learning materials.

The Executive Director for COMI Chief Azumah Ndagu noted in an interview that the neglect of secular education has led to excessive failure of Muslim students in Science and Maths.

He said because of that government has not been able to give attention to schools within the Zongo communities.

According to him most Muslims tend to think that Islamic education is far better than western education.

Chief Azumah emphasized that though Islamic education is good, it doesn’t give one the benefits tapped from the other.

“We should combine both and give more attention to western education which is the pillar for societies in the world now.”

Briefing the media, Mohammed Bun Bida Programs Director for MFCS said the large chunk of funds for the running of the project will come from the Zongo communities.

Implementers are looking at assisting 15 basic schools for the start.

They will reach out to Mosques and Islamic institutions, inform them about the project and solicit resources to support the school.

Deprived schools will be supported with teaching and learning materials, scholarship for students, among others.

Implementers of the SOS-Green Project; an initiative funded under the European Union Emergency Trust Fund b for Africa (EUTF) have flared the Employability and entrepreneurship competence of women of Ejura Municipality through the celebration of the International Women’s Day. The global day is celebrated annually on March 8th to commemorate the cultural, political and socioeconomic […]

Renowned Civil Engineer, Abdulai Mahama has raised concerns of Ghana experiencing a devastating mudslide if measures are not taken to resolve the land topography in the Weija area. A heavy downpour over the weekend left Weija and its adjoining communities flooded, causing damage and restricting vehicular movement as heaps of sand had been washed onto […]

“Galamsey” Can Be Stopped With One Directive From Asantehene- Odike