Imposed restrictions on the activities churches in Ghana in the name of fighting the coronavirus pandemic is brewing a bad energy among the clergy against the ruling government.

A group of concerned Pastors in Kumasi are boiling with rage and have gone far to finger the sitting President His Excellency Nana Addo Danquah Akuffo Addo for deliberately instituting what they have described as diabolic and anti-Christ type of restrictions aimed at opposing and collapsing churches in the country. 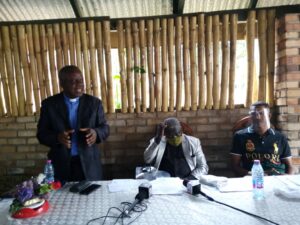 They expressed their agitations at a press briefing held on Monday, saying that the President through the enforcement of the covid regulations is treating Christian denominations as non-essential organizations and that restrictions that bar pastors from laying hands on members, social distancing, children prevented from attending service, pastors prevented from holding religious meetings in schools forms part of a grand scheme to fold up churches in Ghana”.

According to them, all the strict regulations totally conflict with their Christian practice, chastising further that the President through his agencies is bias towards them since he has until now failed to arrest any of his party followers who openly flouted the regulations after he arrested and remanded some Pastors over the same offence.

Addressing the media in Kumasi, leader for the group Rev Festus Abbey (founder and leader for Mount Zion Holy Chapel International)  questioned the President on the one hour time limit imposed on church service. “Why this restriction and what is the true motive behind these regulations…Surprisingly other organizations and institutions have been allowed to operate without any restriction… Why only the church. For example we have market women who go to market from 6am to 6pm. We have institutions that operate eight hours every day. Why is it that only the church has been limited to just one hour?” 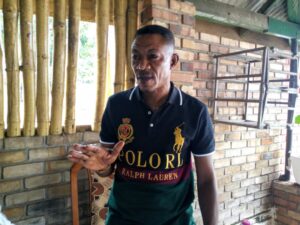 Apostle Godbless – Founder and Leader for Cornerstone Believers Chapel added that  “from the look of things if Christians in Ghana fail to voice out in their numbers, the government will collapse churches in Ghana since majority of men of God won’t be able to hold service anymore”.

They are therefore calling on the President to lift all restrictions to prove his love for God and the Church.

Never Succumb to defeat! Press on until victory is yours- Bishop Agyin Asare

Presiding Bishop for Perez Chapel International Bishop Charles Agyin Asare has boldly preached a message to his congregants in today’s church service. Introducing the sermon, the renowned servant of God revealed that, Joseph had to go through trials and tribulations in order to be blessed by God. Per his sermon, his brothers planned to get […]

A UK based television station owned by Pastor Chris Oyakhilome has been sanctioned by Ofcom, the broadcasting authority in London. The authority penalised Chris Oyakhilome’s Loveworld Limited, which runs the Loveworld channel that can be viewed in the UK, “after a news programme and a live sermon included potentially harmful claims about causes of, and […]

The late lawyer Kwadwo Owusu Afriyie affectionately referred to as Sir John was not only versed in the field of politics and law. Presiding Bishop for Perez Chapel International Bishop Charles Agyin Asare has described him as somebody who knew the word of God. “He knows the word of God. I am a Pastor. When […]