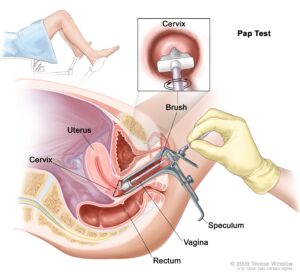 They are named after the place where they started. If a cancer involves both the cervix and vagina, it is considered a cervical cancer.

Medical Facts of Cervical Cancer:
Causes and risk factors for cervical cancer have been identified and include Human Papilloma Virus(HPV) infection, having many sexual contact etc.

HPV infection may cause cervical dysplasia, or abnormal growth of cervical cells. Regular pelvic exams and pap testing can detect precancerous changes in the cervix may be treated with cryosurgery, cauterization, or laser surgery.

The commonest symptoms and signs of cervical cancer are abnormal bleeding and pelvic pain.

Cervical cancer can be diagnosed by using a pap smear or other procedures that sample the cervix tissue, chest X-rays, CT scan, MRI and a PET scan may be used to determine the stage of cervical cancer. 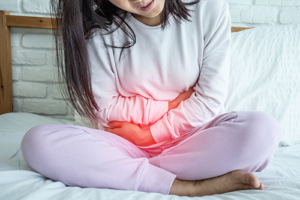 Cancer of the cervix requires different treatment than cancer that begins in other part of uterus.

Studies have found that infection with the virus called HPV is the cause of almost all cervical cancers.

More than half of women by the age of 50 have been exposed to HPV, but most HPV infection with a high risk type of HPV that doesn’t go away can cause cervical cancer in some women.

Other risk factors, such as smoking, can act to increase the risk of cervical cancer among women infected with HPV even more.

A woman with any of these symptoms should tell her doctor so that problems can be diagnosed and treated as early as possible.

Treatment of Cervical Cancer
Treatment options for women with cervical cancer are: surgery, Radiation therapy, Chemotherapy, or a combination of these methods.

Vaginal Cancer
Vaginal Cancer is a rare cancer that occurs in the vagina – the muscular tube that connects your uterus with your outer genitals.

Vaginal Cancer most commonly occurs in the cells that line the surface of the vagina, which is sometimes called the birth canal.

While several types of cancer can spread to your vagina from other places in your body. Cancer that begins in vagina (primary vaginal Cancer) is rare.

The accumulating abnormal cells from a mass (tumor). Cancer cells invade nearby tissues and can break off from an initial tumor to spread elsewhere in the body (metastasize).

You can discuss with your doctor to determine what treatments are best for you base on your goal of treatment and the side effects you’re willing to endure.

Say Goodbye To These Diseases With Dandelion (wonder herb)…Just Amazing

Well provided below are some of the medicinal benefits if dandelion. 1. Promotes and Stimulates Digestion: Dandelion acts as a mild laxative that promotes digestion, stimulates appetite, and balances the natural and beneficial bacteria in the intestines. It can increase the release of stomach acid and bile to aid digestion, especially of fats. 2. Prevents […]

Arsonists in the United Kingdom and across Europe are destroying cell phone towers. Vodafone says that 20 towers were attacked, including one serving a field hospital treating COVID-19 patients. The arsonists believe that 5G networks are helping spread coronavirus. This conspiracy theory isn’t the first one connected to either cell phone signals or COVID-19. But […]

There are people who prefer to treat medical conditions with home remedies or complementary remedies. Because of how serious kidney infections are, it is very relevant that you do not rely on home remedies. Instead, take the prescription antibiotics a doctor gives you and use home remedies to help ease symptoms or pain. You can […]