Hon Oboobi  Bismark, NPP constituency  organizer for Atwima Mponua Constituency has exposed to the effect that individuals who  held a press conference recently and challenged the candidature of the incumbent Member of Parliament Hon Isaac Kwame Asiamah are not members of the New Patriotic Party. 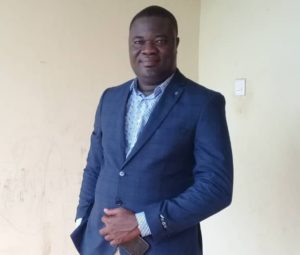 He told leakynews.net  that his underground checks indicate that they are all party supports of NDC, alleging further that they were bribed with an amount of GH10,000 by the disqualified aspirant Mr. Ofori Atta to hold what he described as a diabolic press conference.

According to him, Mr. Ofori Atta after flopping massively during vetting, hence his disqualification has settled on every foul means to discredit the fortunes of the incumbent MP by contracting members of the opposition party NDC. “His agenda will not wash” ,he noted.

He told leakynews.net in an interview that no NPP member will even think of contesting or challenging the delivery of the incumbent due to the litany of positive impact enjoyed by residents and communities within his (MP)  area of jurisdiction.

“Hon Asimah has done and is delivering marvelously in terms of life touching developmental projects. Our major problem was road network but currently contractors are on site and are fixing all bad roads within the constituency”.

According to him members of NPP within the constituency are highly elated after Hon Isaac Asiamah who doubles as the Minister for Youth and Sports was cleared by NEC to contest on the ticket of the party.

“It was a true prove of the commitment, instrumentality and enviable track record of our MP in the areas of road, education, health, rural electrification and a host of others”, he underlined.

“We are much focused than before and we are determined to amass votes for NPP in this year’s parliamentary and presidential elections”.

The leader for opposition party United Progressive Party (UPP)Akwasi Addai Odike has expressed a strong detest against how the ruling NPP is  poorly handling the affairs of private schools in Ghana. The blatant refusal on the part of government to factor private schools among beneficiaries of the ongoing allocation of academic incentives in the wake […]

Former Mayor for Tamale Hon Iddrisu Musah a.k.a “Musah Superior” has called on NPP NEC to institute strict disciplinary measures against candidates found engaging in vote buying during elections. He said at a press briefing held in Kumasi on Monday 10th January 2021 that vote buying is alien to NPP and that the party NEC […]

Management of Kumasi Metropolitan Assembly has demolished a portion of the popular Race Course market. Public Relations Officer for the assembly Henrietta A. Konadu Aboagye has explained to leakynews.net that the demolition is to make way for the assembly to accommodate One Thousand Two Hundred (1,200) trades from central market who are likely to be […]