Kumasi Mayor Hon Osei Assibey Antwi has fired back at the former Ashanti regional Minister Hon Eric Opoku over his critique on the state of the popular Kumasi Rattray Park. 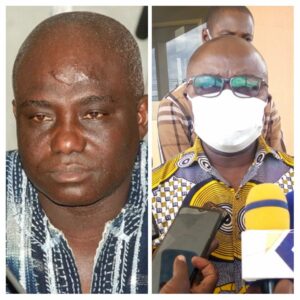 Eric Opoku who served as a Minister for the region under NDC-John Mahama led administration made a statement on a platform offered him at the NDC’s town hall meeting which was held in Kumasi on Tuesday that he was sad when he made a stop over visit to the Rattray Park.

He said when he observed the present state, he realized that there is nothing presently impressive at the recreational Centre which was constructed and commissioned by the NDC.

Reacting to the forgoing political castigation, Mayor for Kumasi Metropolis rubbished the claim as a palpable lie of the highest order.

On Thursday, Hon Osei Assibey made a strong defense that the 42,000 square-meter recreational facility was not well patronised by the public during the administration of the former Mayor Hon Kojo Bonsu of the erstwhile government (NDC) which majority are aware.

“It was not being patronised because it lacked many attractive facilities”, he indicated during a press briefing.

He continued to explain that realizing its sad state right after assuming office, he quickly put a proposal before KNUST for their input so as to enhance the facility.

In addition to what was already there, the Mayor indicated that they (KNUST) constructed a medium-sized Olympic swimming pool, an Island source, a dome among others.

“Because of these new additions, the place has been resuscitated and it’s now attracting public patronage more than ever before. It is now recording a hiked rate of visitors”.

“The former Minister is lieing. He never went there and the one who advised him has really failed him.

He is a former Ashanti regional Minister and my advise to him is that anytime he wants to open his mouth to criticize something, he should cross-check his source before raising a comment”, he replied Hon Eric Opoku.

When www.leakynews.net visited the facility to observe the state of affairs, it realized that new facilities have been added through the efforts of the Mayor Hon Osei Assibey Antwi. 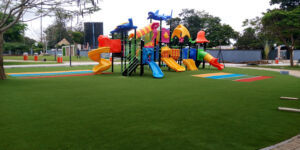 This medium was wrapped up in many layers of amazement after sighting fantastic facilities including ultramodern swimming pool which has been artistically adorned with artificial grass (AstroTurf), 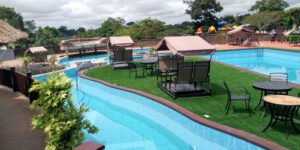 a summer hat, a bar, a dome, giant television screen which serves as an outdoor cinema to visitors, an out door gym, kids play items such as the bouncy castle, an electrically powered merry-go-round, executive conference room among other exciting top-ups.

A Political Science Lecturer at the University of Ghana, Seidu Alidu, is urging the Electoral Commission, Ghana (EC) to give a breakdown of the GH¢100,000 filing fee for the presidential elections. According to him, the elections management body cannot justify their 100 per cent increase in the fees. In an interview with Alfred Ocansey on […]

The cost of one interchange under the previous John Dramani Mahama administration is the cost of four interchanges under the Akufo-Addo administration, Vice President Dr Mahamudu Bawumia has said. Speaking at a ‘Town Hall’ meeting on Tuesday, August 18, 2020, he said this clearly shows that the NPP government has been prudent with the little […]

RETRACT YOUR MALICIOUS COMMENTS ABOUT OUR MP, HON DR APPIAH-KUBI, OR FACE THE WRATH OF “FRIENDS OF DR APPIAH KUBI” Our attention has been drawn to a malicious publication on Ghanaweb, mynewsgh, etc, emanating from a press conference or interview of Kwabena Nsenkyire, the supposed Ashanti Regional First Vice Chairman of the NPP and NADMO […]