Leakynews.net is receiving intelligence that the price value of each of the ten Mazda Demio vehicles presented by the sitting MP for Bantama Constituency to each electoral area in 2015 was far below what delegates claim he quoted as GH20,000.

Nana Boakye who is the NPP secretary for Kokoso Asubonten electoral area has exposed  that after all electoral areas had received  the vehicles under a work and pay/hire-purchase condition, they carried out background checks and discovered that the true market value then (2015) was GH 12,000 each. 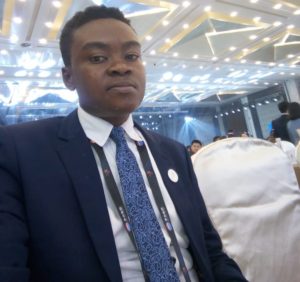 Yesterday Wednesday 10th June 2020 on Nhyira Fm’s morning show program hosted by Kofi Asante, the Member of Parliament Hon Daniel Okyem Aboagye was questioned by the host as to whether the electoral areas are making payment for the vehicle. This was his response; “…After one year I gave it to them for free…some were paying. The highest amount was GH 9,000 out of GH20,000. Some even didn’t pay up to GH2000…”.

He disclosed further that the all insurance stickers covering the vehicles have expired and that the cars have been out of business for over three months now.

“During the 2015 NPP parliamentary primaries, Hon Daniel Okyem Aboagye , as part of his campaign promise donated 10 mazda demio taxis, one (1) to the ten electoral areas with an understanding that should he win, the electoral area will take the cars but if he loses, he will take the cars away. After winning the primaries, our Hon member asked us (each electoral area) to pay on hire purchases at a price of GH20,000 of which some of the electoral areas including Bohyen 1, Bantama 1, North Suntreso just to mention but a few have honored the obligations“, he narrated.

A stalwart of the governing New Patriotic Party, Dr Nyaho Nyaho-Tamakloe has said he still does not understand why the party jettisoned its elected national chairman Paul Afoko in the lead-up to the last general elections and replaced him with an “alien”. Mr Afoko, along with the party’s then-General Secretary Kwabena Agyepong and then-Second National […]

I will not attend your funeral, you killed my father

Today is exactly one week since the death of the Late Jerry John Rawlings and Ghana is still in the mood of mourning. This is a throwback speech of Dr. Zilla Limann, daughter of Dr. Hilla Limann who happens to be the husband of Ghanaian Highlife legend Reggie Rock Stone making claims that she will […]

One Reply to “Bantama MP exposed as delegates unmask true price of ‘thank you vehicles’.”